Hollyoaks star Jennifer Metcalfe has revealed that she's "very excited" to be expecting her first child with partner Greg Lake.

The 34-year-old actress, who plays Mercedes in the soap, found out she was expecting in October 2016 and is almost six months into her pregnancy now.

She unveiled her baby bump on the cover of OK magazine, and shared the happy news with fans, saying: "No one knew I was pregnant."

The star said she's "very excited" but it's mixed with feeling "nauseous and a bit sleepy".

She added: "I think we've been preparing for this and we've really settled down. It really does feel like the natural time for us to have a baby. I'm nearly six months in now, just another third to go which is music to my ears.

"When we first found out, we were like: 'Oh my God! We didn't think it would happen so quickly and we found out so early on. It's such a miracle to even be able to conceive so you don't know if you can until you try, so to actually get one in there and see it growing, we couldn't believe it!"

The long-time Hollyoaks star, who has been on the show for over a decade, also opened up about her plans for maternity leave, saying she is happy to work until the end of her pregnancy.

"I'm not sure when I go on maternity leave yet," she said. "I still need to discuss it with producer Bryan [Kirkwood], but he was over the moon when I told him.

"I haven't got a clue what I am doing so I'm just going to trust their guidance and whenever they want me to go, I'll go. But I'm willing to work until the end. Hollyoaks are really supportive, it's so lovely."

Metcalfe and former Geordie Shore star Lake have been dating for the past four years. 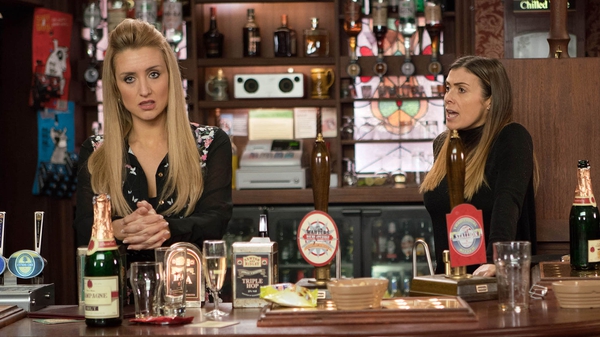