Cheryl has finally publicly confirmed the world's worst kept secret by showing off her baby bump in a new charity campaign.

The former X Factor judge has kept mum on the persistent pregnancy rumours, but fans finally got a glimpse of her baby bump when she helped launched The Prince's Trust and L'Oreal Paris All Worth It partnership in the UK on Thursday.

In the picture, Cole cradles her baby bump in an official campaign photograph and the supporting video for the campaign features a close up of her bump as she wears a form-fitting black dress.

Despite being pictured with a noticeable bump on display at previous events,.Cheryl (33) has remained coy on speculation that she is expecting a child with Liam Payne (23) of One Direction.

This will be the first child for Cheryl and Payne. The singer and One Direction star first met when Payne appeared as a 14-year-old contestant on The X Factor in 2008 when she was a judge on the show.

Cheryl was previously married to footballer Ashley Cole from 2006 to 2010, parting ways amid allegations he cheated on her.

In 2014 she married French restaurateur Jean-Bernard Fernandez-Versini after three months of dating. The pair were granted a decree nisi in November last year in their divorce proceedings.

The All Worth It campaign, which aims to raise the confidence of young people, features 15 ambassadors including Cheryl, veteran actress Helen Mirren, and former X Factor champion Louisa Johnson.

Cheryl said: "As a long-standing supporter of The Prince's Trust and spokesperson for L'Oreal Paris, I am so happy to support this partnership.

"Young people are currently facing more and more problems with self-confidence and we have to address these issues as a real priority.

"My hope is that this partnership will help young people feel accepted and valued for who they are and make sure that they get the support they need to make the most out of life."

I am proud to announce that I am one of fifteen ambassadors working with @PrincesTrust & @LOrealParisUK to help thousands of young people...

Oscar-winner Mirren said: "Overcoming self-doubt is a journey and I am truly happy to see L'Oreal Paris partnering with The Prince's Trust to help many young people who don't believe in themselves.

"We have a responsibility towards this generation to lead by example in what we say, how we act and what we do. I wholeheartedly support this initiative."

...turn self-doubt into self-worth. The "All Worth It" Confidence training program starts now! Link in bio👆🏼 #ALLWORTHIT #PRINCESTRUSTLOREAL pic.twitter.com/QrhrXjVaui 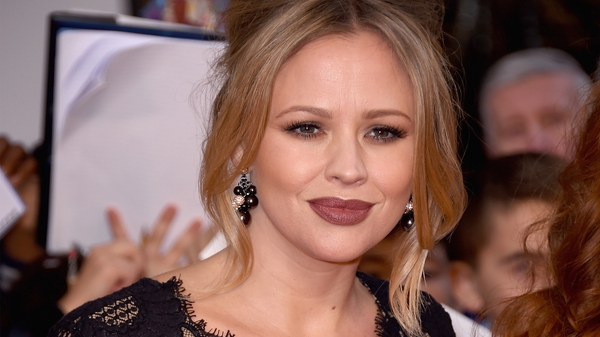 Baby joy for Girls Aloud's Kimberley Walsh. Is Cheryl next?