The late David Bowie, British band The 1975, Emeli Sandé and Rag `n`' Bone Man were among the winners at the Brit Awards in London on Wednesday night.

Bowie, who died in January 2016, picked up the two awards for posthumous nominations for Best British Male and Best British Album for his swansong, Blackstar.

Picking up the album award, Bowie's son Duncan Jones said: "I lost my dad last year but I also became a dad, and I was spending a lot of time after getting over the shock of trying to work out what would I want my son to know about his granddad?

"And I think it would be the same thing my dad's fans have taken over the last 50 years, that, he's always been there supporting people who think they're a little bit weird or a little bit strange, a little bit different.

He's always been there for them. So, this is for all the kooks and the people who make the kooks. Thanks Brits."

"But since he can't be here tonight I'm here on his behalf, on behalf of his family, to accept this testament to a man beholden to nothing but his own boundless imagination and daring whose ever-expanding artistic vitality simultaneously soothes us and astonishes us... maybe he is here tonight, I don't know.

He added: "I'm honoured to stand before you and acknowledge the potency of his work and if I may also acknowledge that David's kindness and generosity and enthusiasm will forever inspire me to be a better man. On his behalf, thank you."

Their win also means the Brits 40-year wait for a girl group to collect the Best Band prize continues.

During the band's acceptance speech, The 1975 frontman Matt Healy urged musicians to use their "platform".

Check out the red carpet arrivals at this year's Brits

He said: "I just wanna say, at the moment, I think people in pop music and in the broader public consciousness are told to stay in your lane, stay in your lane when talking about social issues. But if you have a platform, don't do that, please don't do that. We love you and we're very, very honoured."

The Brits also took a moment to remember some of the stars from the world of music who died in 2016, including George Michael, Prince and Leonard Cohen.

Michael, who died on Christmas Day last year, was remembered with a tearful tribute from his former Wham! bandmates Andrew Ridgeleyand collaborators Pepsi and Shirlie - Helen DeMacque and Shirlie Holliman.

Chris Martin then sang a haunting rendition of Michael's A Different Corner, which featured a recorded performance from the late pop superstar. On the screen behind the stage, home videos and interview clips of Michael played including one in which he said he "never wanted to be someone else".

Ridgeley said of his late friend: "A supernova in a firmament of shining stars has been extinguished and it felt like the sky had fallen in ... George has left in his songs, in the transcendental beauty of his voice, and in the poetic expression of his soul, the very best of himself.

Multi-Brit Award winner Adele also won an award for Global Success. Girl band Little Mix, who opened the show, won the award for Best British Single for their song Shout Out to My Ex.

The foursome dedicated the prize, their first ever Brit Award, to their ex-boyfriends, saying: "Cheers to our exes ... this is for you lads". 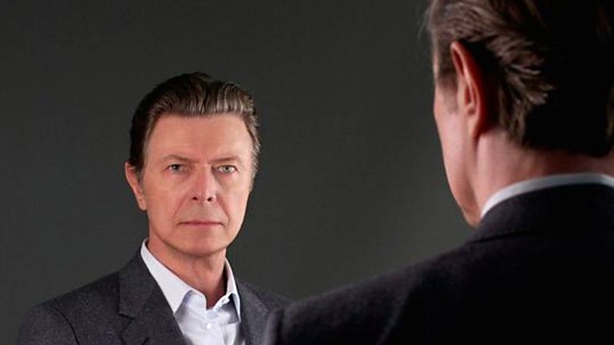 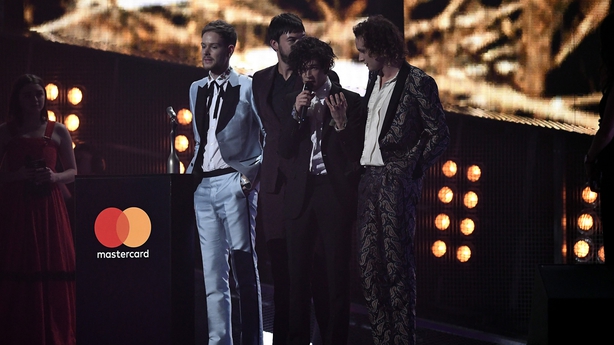 Mastercard British album of the year

i like it when you sleep, for you are so beautiful yet so unaware of it - The 1975
Konnichiwa - Skepta
Love & Hate - Michael Kiwanuka
Made In The Manor - Kano

The Irish at the Brit Awards

There wasn't a single nomination for an Irish act at this year’s Brits. No big surprise really because Irish artists have not fared particularly well at the Brits - could be something to do with the name.

Just as with the Grammys (where they are the most garlanded band ever with 22 gongs) U2 dominate with seven Brits to their name.

At the 1994 ceremony, Van Morrison won the Outstanding Contribution to Music/BRITs Icon award, clearly none of his albums since 1977 merited an award on their own merit. Bob Geldof won the same gong in 2005 and he also won a “Special Award” with Midge Ure in 1985.

Sinéad O'Connor was a deserved winner of International Female Solo Artist in 1991 and the following year, the Soundtrack/Cast Recording gong went to The Commitments. The Corrs, a band who could have been dreamt up by a committee made up of music industry bean counters and suits, won International Group in 1999.  Westlife won Pop Act two years in a row in 2001 and 2002.

And let’s not forget that massive music fan Terry Wogan, a man who did much to break new acts on his BBC radio show, won a Special Recognition award in 2011.

Maybe it’s time we had our own flashy music awards ceremony. Let’s call it the Paddys.

The winner of British Breakthrough Act at The #BRITs 2017, supported by @BBCR1, is @RagNBoneManUK! ⚡️ pic.twitter.com/Wey2GRG9AO

We think it's safe to say that @LittleMix are VERY excited with their #BRITs British Single win!!!! ❤️👏👏 #LittleMixBRITs pic.twitter.com/IIHtxDmejP

Winner: Little Mix - Shout Out To My Ex

Calum Scott - Dancing On My Own

Calvin Harris feat. Rihanna - This Is What You Came For

Coldplay - Hymn For The Weekend

British Artist Video of the Year

Adele - Send My Love (To Your New Lover)

Calvin Harris feat. Rihanna - This Is What You Came For

Coldplay - Hymn For The Weekend 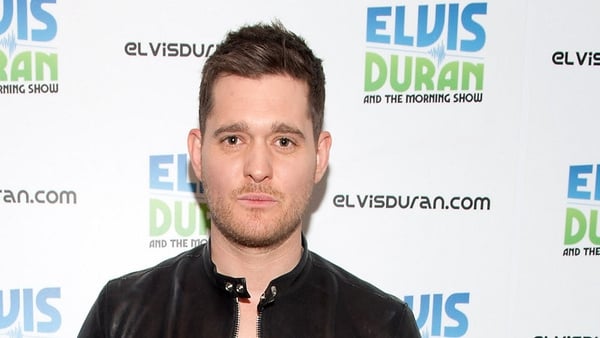 Bublé pulls out of BRIT Awards to focus on son