Irish comedy-drama Handsome Devil received its European premiere on Wednesday evening as it kicked off the 13th Glasgow Film Festival with a sell-out opening gala.

Handsome Devil is Butler's follow-up to hit comedy The Stage and tells the story of Ned (O'Shea) and Conor (Galitzine), a loner and a star athlete who form an unlikely friendship when they are forced to share a room at their rugby-mad boarding school.

"It's a comedy-drama, whereas The Stag was a comedy," Butler told RTÉ Entertainment. "There was no motive for telling it beyond wanting to get it out of me! It's - emotionally, at least - autobiographical, in that I grew up gay and loving sports and found it hard to reconcile the two. Writing is cheaper than therapy."

Speaking at the premiere on Wednesday, festival co-director Allan Hunter said: "It's always great to get to the opening night and kick it off.

"We've got a really joyous, uplifting film as well that I think sets the tone.

"There are a lot of people talking at the moment about the misery and anxiousness in the world, so to kick-off with something optimistic and uplifting is a good choice."

"Everyone who has seen it so far seems to recognise elements of their own school life," writer-director Butler continued. "And it's not about a particular type of school. As Ned says in the film 'everyone who's ever been young - so that's everyone ever - knows exactly what humiliation feels like'. He said it better than me." 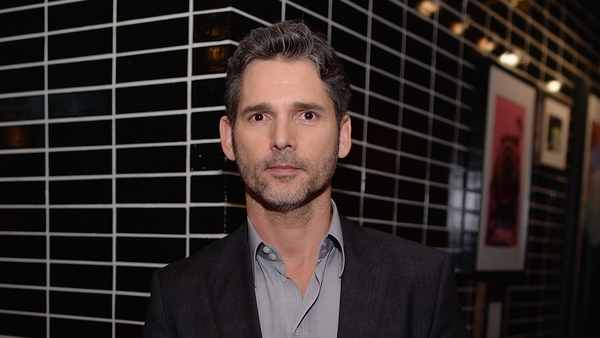 The secret is out! Eric Bana Dublin-bound this month