This year's Grammys threw up plenty of excitement and surprises. Apart from Beyoncé's well-documented debut of her baby bump, and Adele's technical hitch during a tribute to the late George Michael there were plenty of other highlights from the night that got tongues wagging.

Adele broke an award in half 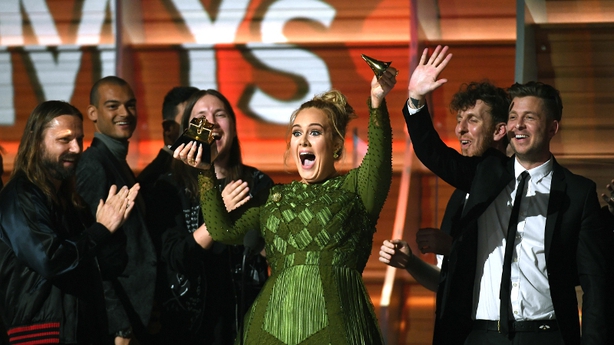 After her album 25 surprisingly beat Beyonce's Lemonade to the top spot, Adele physically snapped her Grammy in two as she declared that the award had gone to the wrong artist.

While expressing her gratitude, the 28-year-old told the crowd: "I can't possibly accept this award... My artist of my life is Beyonce and the Lemonade album was just so monumental." Queen Bee was spotted getting all misty eyed in the audience.

Twenty One Pilots accept an award in their smalls

While stars tend to use the red carpet to flaunt 'barely there' outfits, the duo abandoned the bottom half of their suits completely as they picked up the Best Group Performance award for Stressed Out.

Tyler Joseph and Josh Dun said that, before becoming famous, they had promised each other if they won a Grammy they would collect it in their underwear - and so they did. Living the dream.

CeeLo Green was dressed as a Ferrero Rocher

The Grammys are always good for some weird and wonderful outfits but the prize this year had to go to CeeLo Green. The rapper arrived head-to-toe in gold as his alter ego Gnarly Davidson, earning him comparisons to everything from the Wizard Of Oz tinman character to a Ferrero Rocher chocolate.

Explosions were heard on the internet as it started to blow up shortly afterwards.

FYI: CeeLo Green will be going by CeeLo Gold tonight at the #GRAMMYs. pic.twitter.com/WjD7yn2dh6

Rihanna brought the bar with her

She may have went home empty handed but Rhi Rhi was determined to make a night of it and was spotted not only giving a good boogie on the dancefloor but she was also armed with a blinged-out hipflask in case the thirst got the better of her.

It all got political

No surprises here that The Donald was the subject of several statements from award winners. Rapper Busta Rhymes led the charge and took aim at Trump's ban from seven Muslim-majority countries.

James Corden nailed it as host 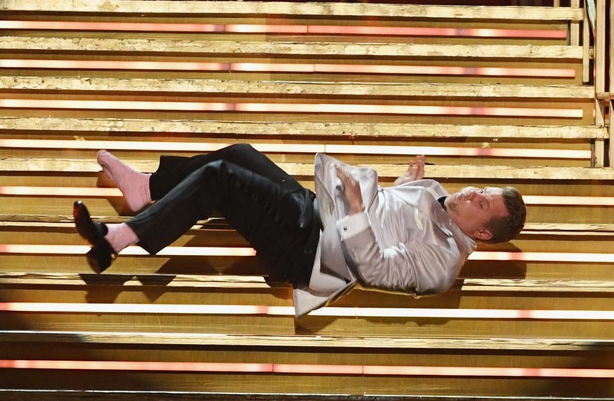 The British comedian hosted the awards show for the first time and there was no sign of the nerves that he had owned up to beforehand.

He began the night with a slapstick entrance, pretending to fall down a staircase before rolling onto the stage. “Stop! Stop it! This is a disaster,” he shouted as confetti exploded on him before he launched into a rap about the gathered celebrities. 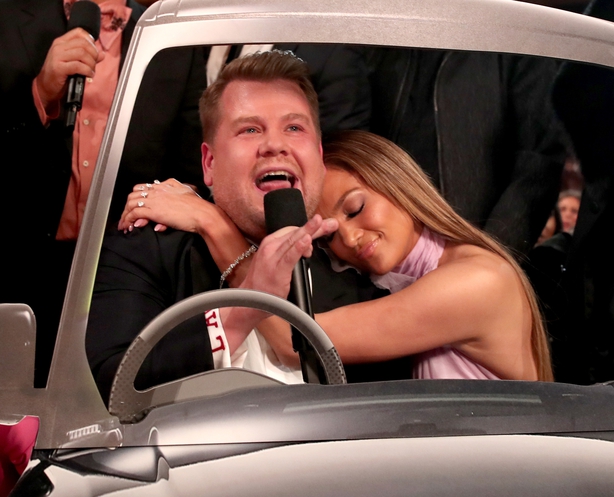 Naturally Carpool Karaoke made an appearance and he invited stars from Jennifer Lopez to John Legend to join him for the sing-along segment. There was even a surprise appearance from Beyonce and Jay Z's daughter Blue Ivy!

Oh and he also paid tribute to Twenty One pilots by appearing on stage minus his trousers. He'll be asked back.