With the big awards ceremony taking place tonight (a pregnant Queen Bey will be in the house!), we've rounded up the funniest, most shocking and weirder than weird moments from the years gone by.

From Amy Winehouse being denied a visa to perform at the 2008 Grammys to Lady Gaga's Egg-cellent red performance in 2011 - the Grammys has had its fair share of controversial moments throughout the years.

Adele sets fire to the sound engineer after sound gaffe

Even the best singers can come up against sound glitches - just ask Adele. After a three-year break from performing at the Grammys, the 28-year-old returned to showcase her ballad All I Ask in 2016 - but in the end all she was asking for was a blackout room to hide in.

Unfortunately for the vocal powerhouse her audio was marred by sound issues with her mic cutting out for a portion of the performance.

The singer explained she was left feeling redder than the gorgeous ballgown she was wearing, "The piano mics fell on to the piano strings, that's what the guitar sound was," she posted to her legion of fans on Twitter. "It made it sound out of tune."

The mum-of-one later told chat show queen Ellen that she cried all day after the shaky performance. Did you agree with the critics? Refresh your memory by watching below:

All You Need is Love

The stage was transformed into a makeshift church, with an alter and stained glass window and Queen Latifah officiated the vows.

The couples exchanged rings at the same time as Madonna emerged in a white suit accessorised with cowboy hat and cane, singing her classic Open Your Heart to a standing ovation.

A casting service had been employed to find the real-life couples, some of whom were same-sex partners, who would be willing to be married on stage on stage during a hip-hop song.

To top off the epic night Macklemore and Ryan Lewis won four awards at the Grammys that night.

Pharrell Williams’ interesting choice of headgear was the talk of the town at the 2014 Grammys.

The rapper ignored the formal invite and opted for an over-sized Fedora, which several fans compared to the infamous 'Sorting Hat' in Harry Potter (one fan even suggested that it looked like a big toe).

Pharrell Williams' hat needs a name and passport. Maybe even a talk show.

Within minutes, the novel accessory, which was actually a very pricey 1980s vintage classic from no other than Vivienne Westwood, had earned its own Twitter handle, @Pharrellhat, which to date has amassed over 14,500 followers. 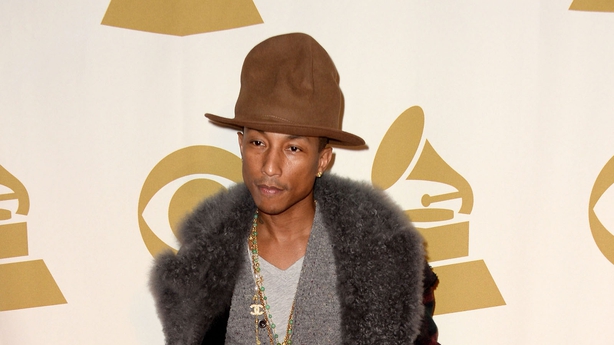 The hat eventually went up for auction on eBay and sold for a whopping $40,000, with proceeds going to Pharrell's From One Hand to Another educational nonprofit charity.

Gaga's meat dress seemed 'so last year' by the time the 2011 Grammys came around. The singer arrived on the red carpet concealed in a giant egg and made sure she hatched in a spectacular way for her performance at the live show. 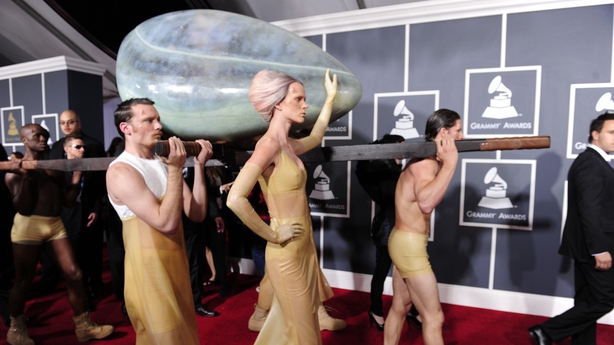 In the middle of the song, she played the organ (which was surrounded by mannequin heads submerged in some type of gel), and sang part of Born This Way as a ballad.

In the end, her dancers stripped off their latex outfits so they appeared to be naked (but were wearing skin-coloured leotards). Re-live the magic below.

Amy Winehouse tries to go to Grammys....and they said No, No, No!

In 2008 the late-Amy Winehouse was denied a visa to enter the United States, preventing her from performing at the ceremony.

The troubled soul singer, who was being treated for drug addiction at the time surrounding the music event, had been nominated for six Grammy awards and was due to perform at the award ceremony. 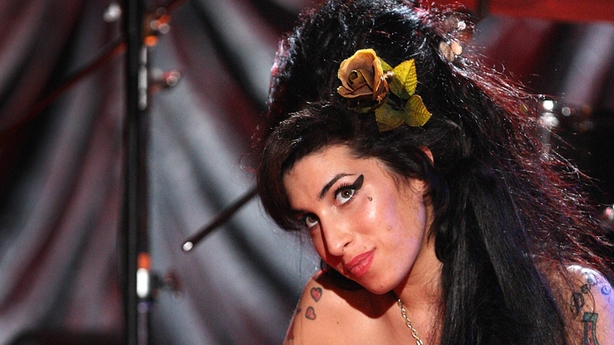 The US authorities gave no reason for refusing Winehouse a visa, despite a personal plea by the star.

A statement released by the US Embassy in London revealed that the then 24-year-old's application had been declined.

"Although disappointed with the decision, (Winehouse) has accepted the ruling and will be concentrating on her recovery," the spokesman said.

"Amy has been treated well and fairly by the (US) embassy staff, and thanks everyone for their support in trying to make this happen.

"There will of course be other opportunities and she very much looks forward to visiting America in the near future."

In the end, Winehouse's only option was to perform on the program via satellite from London.

Eminem walked away with three gramophones at the 2001 Grammys, but that wasn't the talk of the night.

When the 2001 Grammys took place, Eminem was embroiled in a media storm over his third LP, The Marshall Mathers LP, with many critics branding his lyrics as homophobic, violent and misogynistic.

The rapper performed Stan with Elton John, who sang Dido's part, with the pair sharing a sweet hug at the end of the performance. 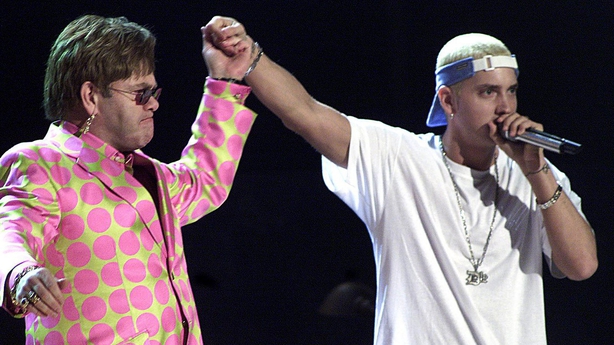 "If I didn't make a statement with Elton John tonight, I don't know what else to do," Eminem told MTV News that night.

The quartet of lady singers took home a Grammy in 2002 for their steamy rendition of Lady Marmalade. With leather and frill burlesque-inspired outfits adoring their barley-their outfits, the crew delivered an unforgettable performance of Lady Marmalade, inspiring groups of best friends to lip sync to the catchy tune for decades to come. 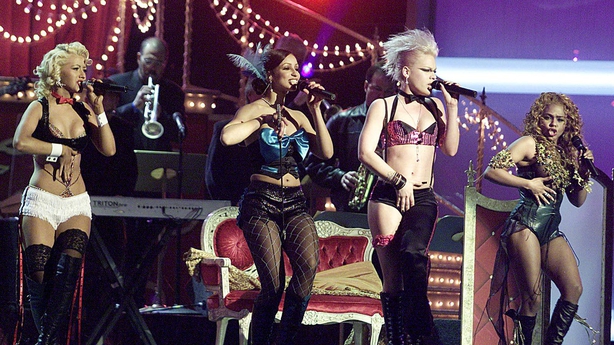 Right, get ready to feel old! All eyes were on JLo in 2000 when he sported a belly-button-baring Versace scarf gúna to the 42nd Grammy Awards.

Arriving on the arm of then-beau P. Diddy went down in history as one of the most iconic looks of all time and even created Google Image Search.

Google chairmen Eric Schmidt later revealed that the infamous dress didn't break the internet, but it helped make it what it is today.

"At the time, it was the most popular search query we had ever seen," Schmidt said. "But we had no surefire way of getting users exactly what they wanted: J.Lo wearing that dress. Google Image Search was born."