Adam Clayton dodged the notorious London city centre traffic by taking the Tube to U2's gigs in the O2 last year - and best of all he did it without getting hassled.

The U2 bassist talks about going Underground in an interview on The Works Presents.

Clayton says he made the journey to the gigs without getting any attention, and even Instagrammed the whole experience.

When host John Kelly suggested that he can walk around and not be recognised, Clayton replied: "Yeah, and I really enjoy that.

"When we were playing the O2 gigs last year, I figured out that it was much quicker for me to get the Tube from where we were staying in London to the O2 Arena than to sit in a car for two hours. I was able to do that and I quite liked it. I even Instagrammed a photograph from being on the Tube!"

Clayton's interview is the first in a brand new eight-part series of The Works Presents in which Kelly meets key figures from the worlds of film, music, literature, theatre and the visual arts.

The famed U2 star reflects on the band's punk influences in the mid-1970s, including The Sex Pistols and The Stranglers, and discusses how they continue to be relevant now. He also gives an in-depth description of how his bass playing has evolved over the years.

The Works Presents is available to view on the RTÉ Player here. 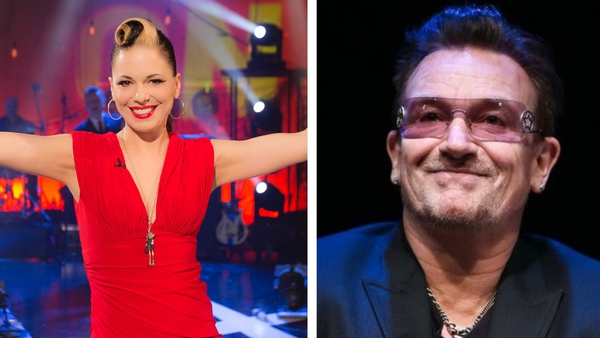 Imelda May up for Bono collaboration - if he asks Entertainment