Olly Murs has quashed rumours that he was collaborating with Niall Horan on his debut album saying there's no truth to them. But he said, if the former One Direction singer asks him, he would definitely be up for it.

The two X Factor alumnis are close friends, even joining forces and appearing on Celebrity Gogglebox for Stand Up To Cancer together, but they might not be taking their friendship into the professional realm any time soon.

With Horan now pursuing his solo career there has been a lot of speculation that the pair might work together on a track for his upcoming debut album, but Murs has now said that nothing has been set in stone.

"There's no truth to it at all, I just got asked would I ever write with Niall, he's one of my mates, I'd love to get in the studio with him and write a song with him if he wanted to but it's his album, it's his decision, it's up to him and what he wants to do," Murs told RTÉ Entertainment.

"But if Niall rang me tomorrow and said 'Olly, can we get a day in?' I'd be like 'Yeah, cool of course mate' But that's up to him really."

Murs went on to recall a writing session with another famous pal, Robbie Williams, laughing that it never became that productive because they couldn't stop chatting.

"I always said that writing with your friends, like me and Robbie [Williams] worked together last album, and we just didn’t do anything for two days, we just sat and chatted and put the world to rights and it was just kind of rambling away for two days so we ended up just getting no work done," he said. 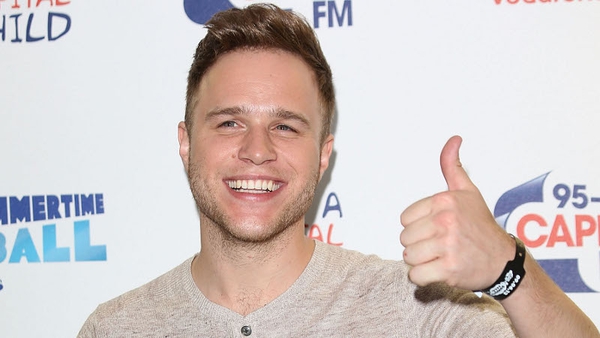