Supermodel and actress Cara Delevingne was detained and fined for verbal assault after an incident while boarding the Eurostar in Paris.

Delevingne was heading from Paris to London for her sister Poppy's birthday party when the incident happened.

The Suicide Squad star became abusive to security staff at the Gare du Nord station after her luggage was pulled aside for a random security check.

The 23-year-old reportedly swore at officers before getting on her knees and pretending to pray to be allowed on the train, an onlooker told The Sun.

She was detained for an hour, and was later fined for verbal assault.

Following the incident, the model's mother Pandora has spoken about her daughter's "strange life" in an interview with The Times, saying: "She has a very strange life. One minute she’s surrounded by friends, the next she’s all on her own jetting across the world.

"Everyone thinks they know her, but they don’t and it’s quite a lonely life. Sometimes I wish my little girl would just come home. Then I remember she’s not my little girl any more. She’s her own woman, Cara, and I respect her for that.’" 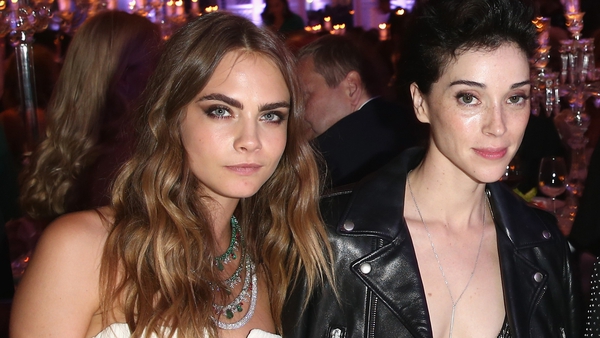 Delevingne reveals lack of romance in her life