Dwayne Johnson has teased the upcoming Jumanji reboot saying it will honour the late Robin Williams and his character from the original "in an earnest and cool way."

Johnson, who is set to star in and produce the reboot, posted a lengthy message on Instagram alongside an image of him reading Jumanji, during which he paid tribute to Williams, who starred in the original 1995 film and passed away on August 11, 2014.

"An important thing that I want to be honest and bring up is Robin Williams," he said. "The love and respect I have for this man is boundless. You have my word, we will honour his name and the character of 'Alan Parrish' will stand alone and be forever immortalized in the world of Jumanji in an earnest and cool way."

He continued, "I have an idea of what to do and I think his family will be proud. I also think Robin is somewhere lookin' down and laughing, remembering the first time we met backstage and I (for the first time ever) was a star struck bumbling idiot that couldn't even get my words out.

"He literally calmed me down w/ that smile and laugh. But that's for another fun story down the road."

Kevin Hart is also expected to star in the reboot, with Johnson revealing in his post that there will be five big roles -  an increase of two from the original - with the cast set to be revealed in the coming days.

"Here's another fun part... In the original movie there were three big roles. In our new story there's now FIVE. Been so damn cool to see all my actor buddies push their projects aside so hopefully they can come play in our world. Should have cool casting announcements this week," he concluded.

Jumanji is slated for release in July 2017. 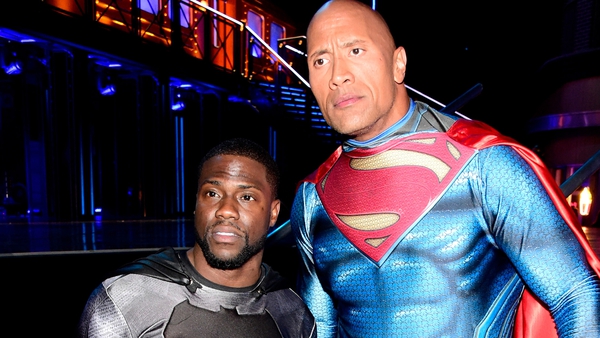