Janet Jackson is reportedly expecting her first baby with her husband Wissam Al Mana, at the age of 49.

A source confirmed to Entertainment Tonight that the singer, who will turn 50 on May 16, is pregnant.

E!News is also reported that a source revealed that Jackson is in her second trimester of pregnancy and that she and Al Mana have been working with a fertility specialist for a while.

However, representatives for Jackson have not yet commented on the reports.

The baby news comes just weeks after the singer said she was officially postponing her Unbreakable World Tour because she and her husband "are planning our family". The popstar was scheduled to play Dublin's 3Arena on April 2.

She added in a Twitter video to her fans that she had to "rest up - doctor's orders", but did not specify if she was expecting a child.

Jackson said in the video, which was posted on April 6: “We’re in the second leg of the tour and there actually has been a sudden change. I thought it was important that you be the first to know. My husband and I are planning our family, so I’m going to have to delay the tour.

"Please, if you could try and understand that it’s important that I do this now. I have to rest up, doctor’s orders. But I have not forgotten about you. I will continue the tour as soon as I possibly can."

Jackson and Al Mana wed in a secret ceremony in 2012, but didn't confirm the news until early 2013. This is the singer’s third marriage.

The singer has also premiered the new video for her single DammnBaby, which sees the her throwing some serious shapes. Impressive.

It's all about Love... #DammnBabyhttps://t.co/VxlKAlrfbK 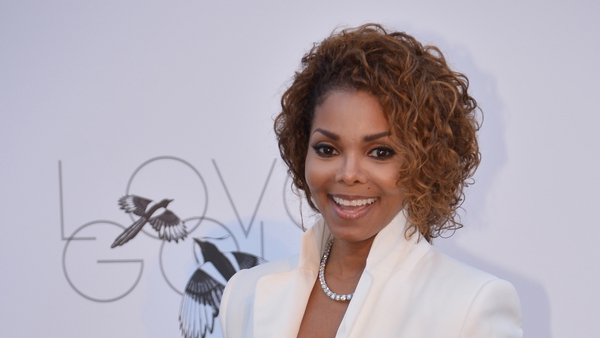