Gigi Hadid has gushed about her intimate photoshoot with boyfriend Zayn Malik, saying she wishes she "could be on set with him every day".

The Victoria's Secret model and former One Directioner flaunted their budding relationship in a racy photoshoot with renowned photographer Mario Testino for the May issue of US Vogue magazine, and Hadid has now opened up about the experience.

Speaking to E! News, she said: "I wish I could be on set with him every day. It doesn't feel like work when he's there. It was really fun. We had the best time. It was an adventure to go where we shot it."

The 20-year-old also said she thinks Malik could have a future in modelling, explaining: "He is a very good model. He's so naturally good looking.

"The problem is he can do anything, he can change his hair colour a million times and looks great. He doesn't need much help."

It wasn't the first time the high-profile couple collaborated together, with Hadid appearing in the video for Malik's debut single Pillowtalk.

Hadid recalled working together at the start of their relationship, saying: "It was fun for us. We just started dating. It's cute to look back. We were into each other and flirting the whole day."

However, she has no plans to appear in another of Malik's music videos soon. "Not sure about another. We got one done", she said. "I think it's important for artists to change creativity throughout each music video. Maybe in a couple of years." 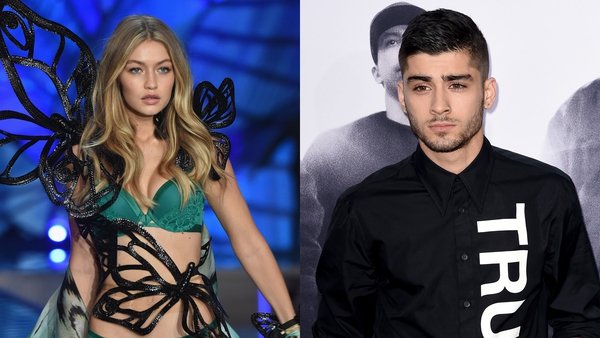