George Clooney has revealed that he is working on a "career ending" prank to play on his good friend Brad Pitt.

Clooney recalled one of his favourite pranks he previously played on his Ocean's Eleven co-star. "I got a bumper sticker in the shape of a pot plant that said 'F*** cops' and I put that on the back of his [Toyota Prius], because there's no way you're not getting arrested with that," Clooney told the audience. 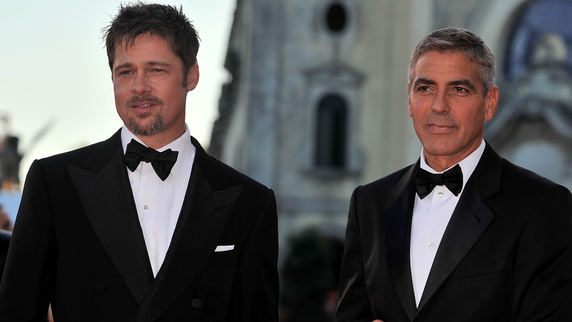 The star, who is known for playing tricks on his famous friends, then teased a prank he has been working on for a number of years.

"I am working on a prank that will end his career," Clooney said. "If you take the time, if you're willing to sit on one for a couple of year's and just plant the seed... There's no rush." 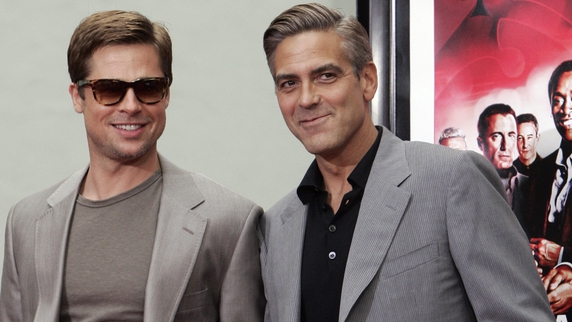 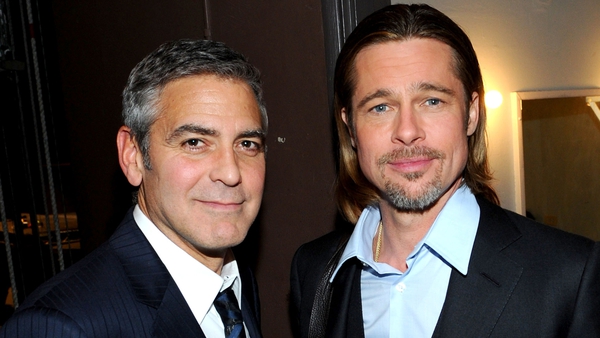 Pitt and Clooney get competitive over movies