Following many tweets, Sky News reporter Richard Suchet has apologised for claiming Saoirse Ronan for Britain during a report on the recent BAFTA nominations.

Writing on his twitter account today (Sunday, January 10), Suchet said: "On Saoirse, I apologise. It came out wrong. I know the UK can't claim her, of course. But the British would love to see her win for Ireland."

Suchet, who is the nephew of Poirot actor David Suchet, made the claim on Friday during a report on Sky News about the just-announced BAFTA shortlists. He said: "If we look at the leading actress category, I think we can take Saoirse Ronan as one of ours. She's in Brooklyn, she's nominated."

On Saoirse, I apologise. It came out wrong. I know the UK can't claim her, of course. But the British would love to see her win for Ireland.

As well as the BAFTA nod, Ronan, who was born in New York to Irish parents and grew up in Carlow, is also in the running for a Best Actress award at tonight's Golden Globes.

Suchet's report led to outraged tweets from Irish viewers who condemned what they saw as an act of cultural appropriation.

Fr Ted co-creator and IT Crowd writer Graham Linehan and Limerick duo The Rubberbandits were among those who lashed out at Suchet's mistake.

Suchet responded to a tweet by RTÉ TEN, saying that British people will be "willing her to win" as she is from the "British Isles" which only caused more uproar on social media. 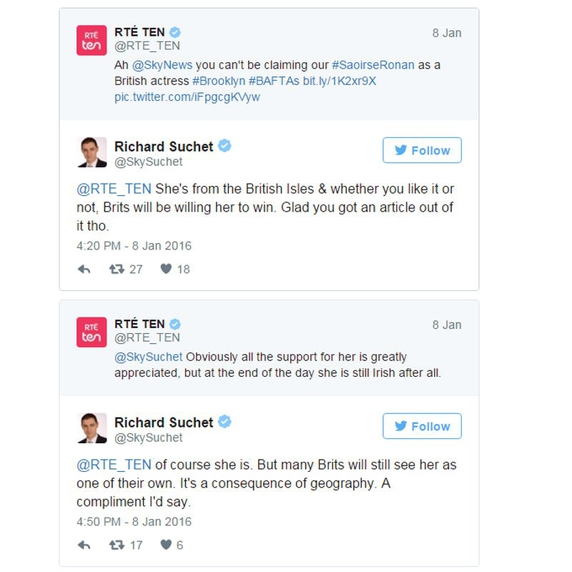 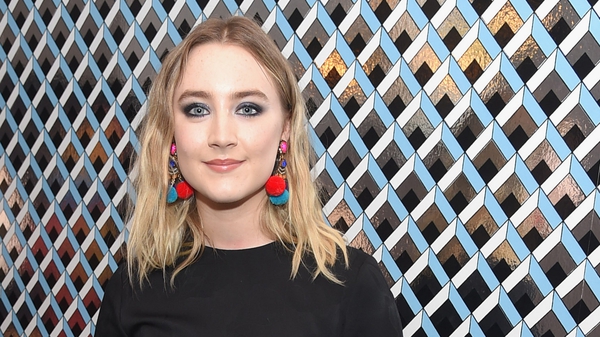