RTÉ's new 1916 drama Rebellion has been a ratings success with its first episode drawing in an average viewership of 619,000.

41% of the available audience tuned in to RTÉ One last night (Sunday, January 3) to watch the opening episode of the five-part series, with an additional 45,000 people catching it on RTÉ One +1 and over 9,000 people viewing it on the RTÉ Player.

Rebellion stars Charlie Murphy, Ruth Bradley, Sarah Greene and Brian Gleeson and tells the story of the Easter 1916 Rising through their eyes as they play vital and conflicting roles in the events as they unfold.

Speaking about the figures Glen Killane, Managing Director of RTÉ Television, said: "Delivering distinctive Irish drama is a key part of RTÉ’s remit as a public service broadcaster and it’s great to see that so many people enjoyed the opening episode of Rebellion.

"The five-part drama is a major part of the RTÉ 1916 output and marks the beginning of a series of programming across television, radio and online that audiences can engage with, understand, commemorate and celebrate 1916."

Other 1916 television programmes to look forward to in the coming months include 1916, a landmark three-part documentary series narrated by Liam Neeson, Joe Duffy’s Children of the Revolution, Michael Portillo’s The Enemy Files, and Bob Geldof on Yeats. A full list of programming and events is available on www.rte.ie/1916 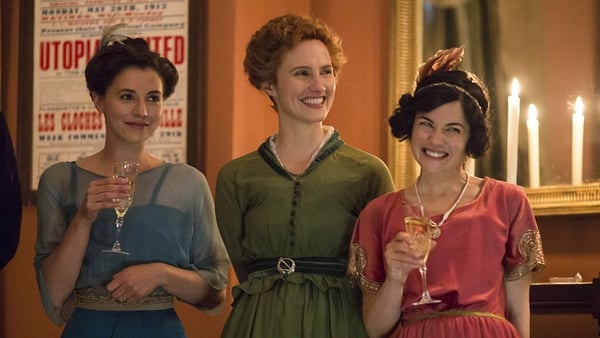