Wicklow singer-songwriter Hozier is among the nominees for this year's BBC Music Awards.

Hozier is shortlisted for International Artist of the Year alongside Foo Fighters, Major Lazer, Prince, Taylor Swift and The Weeknd.

Adele, Ed Sheeran, Jamie XX, Florence + The Machine, Foals and Years & Years are the nominees for British Artist of the Year.

Adele's BBC One special, Florence + The Machine at Glastonbury, Jeff Lynne's ELO concert for BBC Radio 2 and Late Night With… BBC Radio 1 and BBC Radio 1Xtra at the BBC Proms are shortlisted for BBC Live Performance of the Year.

The winners will be announced at a special show at Birmingham's Genting Arena on Thursday December 10, with Hozier among the performers on the night.

The Take Me to Church star is among those taking part in this year's RTÉ 2fm Xmas Appeal in aid of the ISPCC. He will be a guest when 2fm broadcasts live from St Stephen's Green Shopping Centre in Dublin this Thursday from 7am to 7pm and is also on the bill for the 2fm Xmas Ball at the 3Arena on December 23. 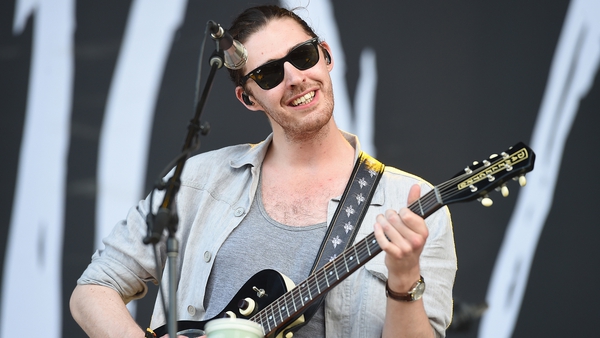 Hozier approves of Demi Lovato's Take Me To Church cover