Hozier has given two thumbs up to Demi Lovato's soulfull cover of his hit tune Take Me To Church - calling it "gorgeous".

The Wicklow man said he was "very flattered" by the cover of his Grammy-nominated song, which the former Disney star recorded in the Live Lounge for BBC Radio 1.

The video of the 23-year-old chart topper putting her own haunting spin on the song has already racked up almost 2.5 million views in three days.

Lovato, whose screen credits include musical series Glee and a judging stint on the US version of The X Factor is preparing to release her fifth album, Confident.

She responded to Hozier's compliment on Twitter, writing: "Thank you!!! It's such an incredible song!"

Have a listen below.

Hey! Huge thank you to @ddlovato for doing this gorgeous cover of TMTC in the #LiveLounge today. Very Flattered. https://t.co/YbniLhsM58

@Hozier Thank you!!! It's such an incredible song! ❤️

Lovato will be appearing on Alan Carr's Chatty Man on Channel 4 on Friday night alongside Legend star Tom Hardy. 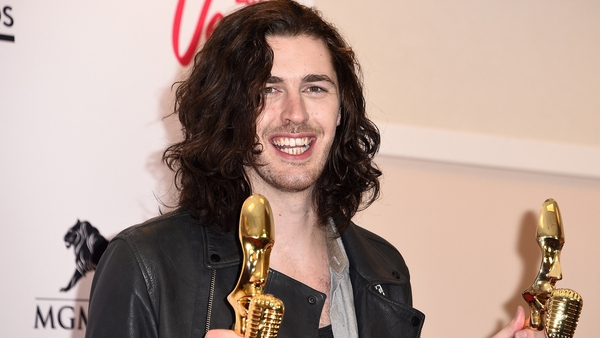 Hozier thought Church would not end up on radio