Hozier will appear alongside Noel Gallagher and Spandau Ballet on Boob Spelled Backwards is Boob, a charity single for the Breast Cancer Research Foundation which is being organised by LA-based Irish DJ Greg McQuaid.

McQuaid, who hosts a radio show on California's KFOG FM, says the single will be released on October 1.

"Getting Hozier was really huge. When you have one of the biggest artists on the planet involved, convincing others to contribute becomes a lot easier," the DJ told The Herald newspaper.

"We recorded his part back in April. He didn't have time to come by the radio station so we recorded him at the Masonic where he was playing three sold-out shows. It was cute because his tour manager and road crew were all walking around backstage singing the chorus as we were trying to record it."

It is also reported that Florence + The Machine's Florence Welch was "keen to lend a hand" to the project. 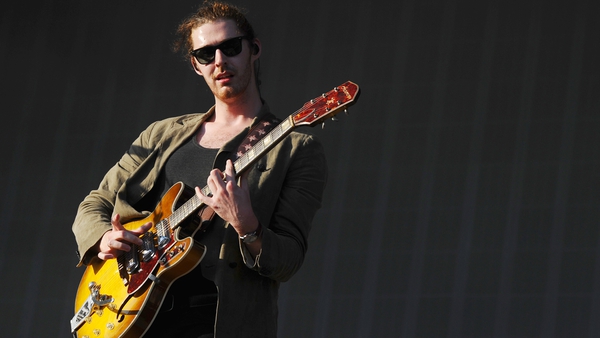