Ted 2 star Mark Wahlberg was upset to discover that a scene for the upcoming comedy which he had spent a long time memorising did not make the final cut.

The 44-year-old actor had to memorise 57 movie character names for the scene, but the hilarious footage was left on the cutting room floor.

He told US chat show The View: "There was supposed to be a scene, because now that [teddy bear character] Ted is suing to be considered a person and have the same rights as everybody else, they say, 'You have to pick a last name'. So he's like, 'Oh great, we'll play the name game again'. So I have to rattle off 57 movie names... and they cut the scene out. It took me three months, four months to learn this stuff."

Wahlberg continued: "At least with this stuff it was easy, with the random girl names [a scene in the first film] it was hard because there was nothing to connect anything to. At least with the movies I made a little book.

"I had each character from the movie with the picture with the name and then I'd write it down every day in the notebook too."

"It's stuck in my head forever, the only good thing is it's a good party trick... It is one of those things, you have to learn it like a song and keep [reciting] it," he added.

Ted 2 opens in Irish cinemas on July 8. Watch out for interviews with Wahlberg and his co-stars on RTÉ TEN. 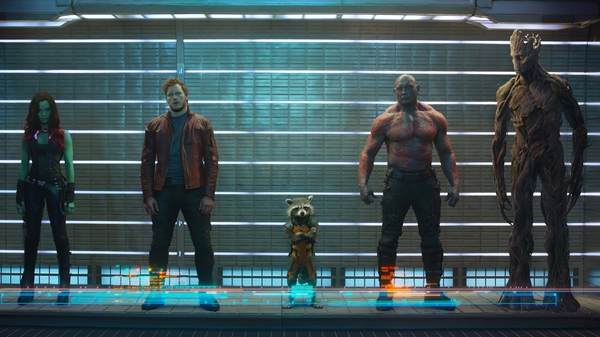