American multinational food company Monsanto has told Billboard that the new Neil Young album, The Monsanto Years, which protests against large corporations, is based on "misinformation" and "myths".

Billboard put selected lyrics from the album to four of the companies singled out by Young (Chevron, Walmart, Starbucks and Monsanto) "in the interest of hearing from both sides".

Chevron refused to comment and Walmart defended their wage policy, citing their recent raising of their lowest starting wage to $9 an hour.

Starbucks responded by saying: "Starbucks has not taken a position on the issue of GMO [genetically modified organism] labelling. As a company with stores and a product presence in every state, we prefer a national solution."

Monsanto were more forceful, expressing their disappointment with the album's lyrics: "Many of us at Monsanto have been and are fans of Neil Young. Unfortunately, for some of us, his current album may fail to reflect our strong beliefs in what we do every day to help make agriculture more sustainable.

"We recognize there is a lot of misinformation about who we are and what we do - and unfortunately several of those myths seem to be captured in these lyrics."

The Monsanto Years, Young's 36th studio album, features new backing band Promise of the Real, which includes Willie Nelson's sons Micha and Lukas. The album will be released on Friday June 26 in Ireland.

Watch the video for A Rock Star Bucks a Coffee Shop below. 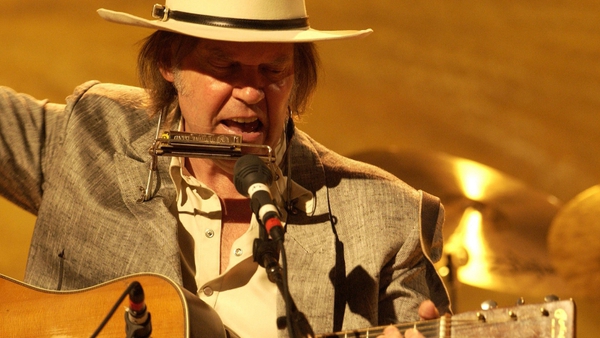