Robert Sheehan plays a young man with Tourette's syndrome in his new film The Road Within, and he told TEN about playing an "outsider".

Asked what attracted him to the film, he said: "I think it's because, the character in The Road Within, aside from being the leading character, he's a character who has had to contend with great tragedy in his life and is an outsider looking in."

"He has this debilitating illness that made him separate from society, made him an outsider. It's fun to play an outsider, fun to explore an outsider," said Sheehan.

The former Love/Hate star also spoke about the responsibility to portray someone with Tourette's syndrome accurately.

"Lucky for me, from the point when I was cast in the film to the point when we started shooting we had a five-month period, which was a great time to have the character clacking around in my head," he said.

"But it was also a great time to 'conquer' the Tourette's, to make it my own, personalise having Tourette's syndrome."

Sheehan continued: "We went from intensive bouts of rehearsals, to going off and doing other stuff, and coming back and then 'conquering' the Tourette's and coming up with my own tics, which all people who have Tourette's express it in very individual ways - it's very creative."

He added: "So I had to sort of come up with my own tics and stuff. And then after that it was great, the timing was great. Then myself and the director (Gren Wells) and the other two central characters (played by Dev Patel and Zoe Kravitz) started collaborating and rehearsing and stuff and I was really comforted by the fact that I'd had all these months."

The Road Within premiered at the Jameson Dublin International Film Festival which continues until Sunday, March 29.

Check out our full interview here, where Sheehan also talks more about The Road Within and how he is finding life in Los Angeles: 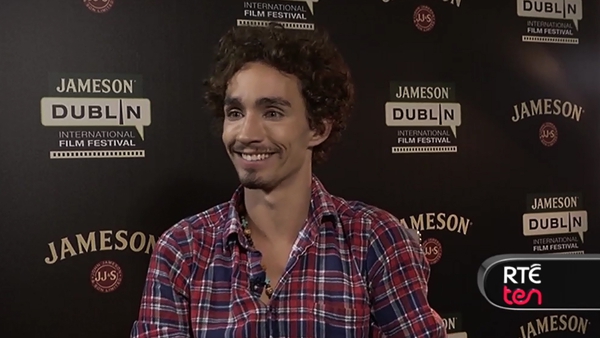