Josh Hutcherson has revealed that he can't wait to get rid of his Hunger Games hair.

The actor, who plays Peeta Mellark in the franchise, said he's happy to have finished shooting the four movies as it means he can get rid of his blonde hair.

He told ABC News: "I'm excited to shed the blonde hair! That's the thing that I was like, 'Get out of here!' Having to do touch ups all the time and get my hair re-dyed and bleached, was not my thing at all."

However, the actor added that he will miss the friends he made on set, including Jennifer Lawrence, as they have spent so much time together over the past few years.

Hutcherson said: "I'm going to miss just being with everyone that much. We are all still close and see each other on a fairly regular basis. When you are filming, it's 12 plus hours a day for months at a time.

"It's kind of sad, because you had such a great time making them, now it's coming to a close. But also, I think everyone is ready to move on to the next stages of their careers and lives and everything."

The final instalment of the franchise, The Hunger Games: Mockingjay - Part 2, will be released later this year. 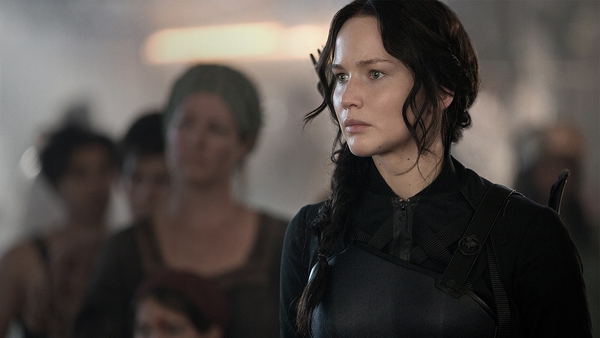