Gillian Anderson has spoken about The Fall's future.

The actress stars in the second season of the hit crime series alongside Jamie Dornan, which is currently airing on RTÉ One.

Anderson revealed to Digital Spy that she thinks "there'll be a third".

She also confirmed that plans for series two were discussed while the first season of The Fall was being filmed, saying: "We were talking about season two when we were shooting season one, so there was never a question of whether or not it would happen, or whether or not I would do it."

In the series, Anderson plays Detective Superintendent Stella Gibson who has been drafted from London's Metropolitan Police to Belfast to try and solve a string of unsolved murders.

The actress refused to confirm if her character would finally cross paths with serial killer Paul Spector (Dornan) in the new episodes.

She said: "The collision course could happen in season five, for all we know. It'd be frustrating, but..."

Jamie Dornan told Digital Spy that he would be reluctant to take part in a potential third season of The Fall, explaining: "I'm not sure I'd be involved in it, for story reasons." 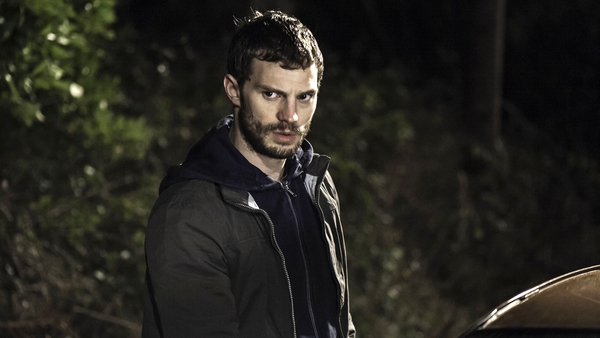 Jamie Dornan opens up about The Fall