Jim Carrey has spoken about the time he ran into Tommy Lee Jones in a restaurant before they began filming Batman Forever, and apparently Jones told him that he hated him and his "buffoonery".

Carrey told Howard Stern: "I walked into a restaurant the night before our big scene in the Riddler's lair and the maître d' said, 'You're working with Tommy Lee Jones, aren't you?' And I said, 'Yeah, I am'. He said, 'He's in the back corner, he's having dinner'.

"I said, 'Oh, great, I'll go say hi'. I went up to say hi and the blood drained from his face, in such a way that I realised that I had become the face of his pain or something."

Carrey added: "He got up, kind of shaking, and hugged me and said, 'I hate you. I really don't like you'. I was like, 'Wow, OK. Well, what's going on man?' And he said, 'I cannot sanction your buffoonery'. He did not want to work with me at that point." 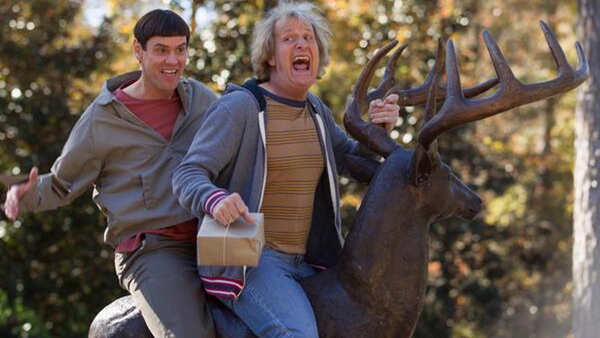