It is the latest honour for Ciara Judge, 16, Emer Hickey, 17, and Sophie Healy-Thow 17, from Kinsale, who won the grand prize at the Google Science Fair in California last month.

Speaking about the three girls' achievements Time magazine wrote: " The trio from County Cork, Ireland took home the grand prize at the Google Science Fair after wowing the judges with their discovery: Diazotroph, a bacteria that sucks nitrogen from the atmosphere into soil, speeding up the germination of cereal crops like barley and oats and—more importantly—increasing their yield. This advance could play a crucial role in solving the global food crisis, and Judge, Hickey and Healy-Thow are already planning to commercialize it."

17-year-old actress Chloë Grace Moretz also featured on the list. Listing out her achievements Time magazine wrote: "The Atlanta native has already built an impressive resume with roles in films like (500) Days of Summer, Kick-Ass, Hugo and Carrie, and this year was no exception. She was the lead in this summer’s If I Stay, based on the best-selling novel of the same name, which netted $47.6 million at the box office (despite a considerably low budget) and also starred opposite Denzel Washington in hit thriller The Equalizer."

Keeping Up With The Kardashian stars Kendall and Kylie Jenner made it on to the list for their red-carpet hosting experience, their clothing and nail polish lines, their book, Kendall's modelling and Kylie's new line of hair extensions.

Modern Family's Rico Rodriquez, who plays Manny on the show, also earned a spot on the list for his work on the comedy series, while Will Smith's son Jaden was given a spot for both his film career and his Twitter activity.

Sasha and Malia Obama, and Royals singer Lorde also made the cut.

Time magazine's full list of Most Influential Teenagers 2014 is as follows: 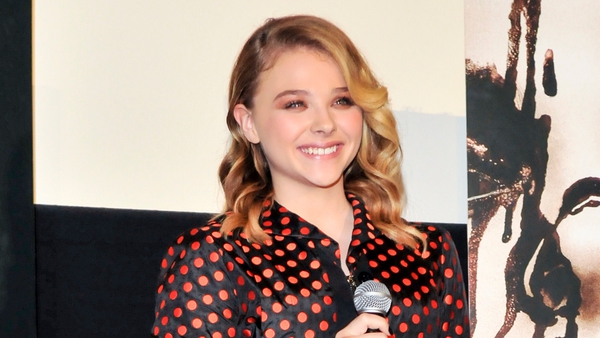