Having reconciled himself to the fact that Robert Plant has ruled out a Led Zeppelin reunion, guitarist Jimmy Page has revealed that he plans to launch his own band.

Speaking at a playback of re-mastered reissues of Led Zeppelin IV and Houses of The Holy in London yesterday (September 30), Page ruled out any chance of Zeppelin playing together ever again.

Speaking to NME, he said: "I don't think it looks as though that's a possibility or on the cards, so there's not much more I can say about that. I'm not going to give a detail-by-detail account of what one person says or another person says. All I can say is it doesn't look likely, does it?"

However, the 70-year-old guitarist suggested that he is likely to form his own band and play shows which would feature work spanning his whole career, from The Yardbirds to Zeppelin, and beyond, in the near future.

"If I was to play again it would be with musicians that would be . . . some of the names might be new to you. I haven't put them together yet but I'm going to do that next year.

"If I went out to play, I would play material that spanned everything from my recording career right back to my very, very early days with The Yardbirds. There would certainly be some new material in there as well."

Remastered editions of Led Zeppelin IV and Houses Of The Holy will be released on October 27. Listen out for an interview with Dave Fanning and Jimmy Page on RTÉ 2fm soon. 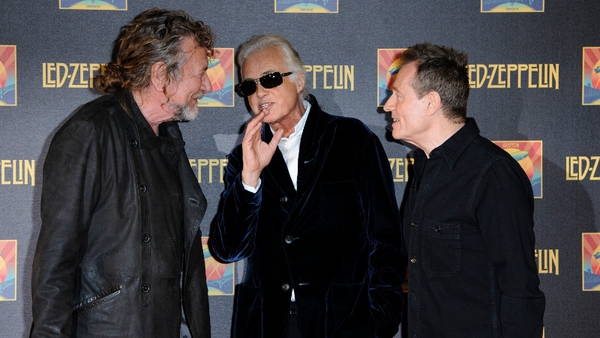