Led Zeppelin singer Robert Plant says that he has discovered some previously unreleased Led Zeppelin music from the premier league heavy rockers, some of which features the band's bassist John Paul Jones on vocals.

Speaking to BBC 6Music, Plant said that he has listened to the material with guitarist Jimmy Page and the newly unearthed tracks could feature on the re-mastered releases of Led Zeppelin's back catalogue, which he is currently working on.

"I found some quarter-inch spools recently. I had a meeting with Jimmy and we baked 'em up and listened to 'em. And there's some very, very interesting bits and pieces that probably will turn up on these things." He said.

Plant also joked that Jones is now trying to bribe him not to release the songs: "So far, he's going to give me two cars and a greenhouse not to get 'em on the album.” 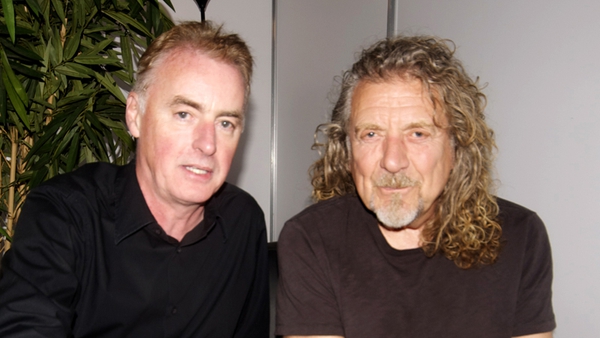 Plant is 'ecstatic' after Electric Picnic