Holby City star Rosie Marcel has said she discovered she was pregnant two days before she was due to start IVF treatment.

Marcel and husband Ben Stacey's child is due next year.

The couple had turned to IVF after a miscarriage nine months ago.

The actress, who plays Doctor Jac Naylor, told the new issue of Hello! Magazine: "It was an amazing feeling, crazy. Literally 48 hours before I started injections. I was pregnant.

"I had done so many pregnancy tests during the eight months we'd been trying hard for a baby that I fully expected it to come back negative as it always did."

Marcel had to deal with the trauma of her miscarriage while her character was giving birth in the BBC medical drama.

She said: "God, it was the worst timing because while my character was giving birth, I knew I was pregnant and had this feeling that it was going wrong."

Marcel continued: "I certainly blamed myself because you think of all the things you've done wrong. As a woman, you feel like you've failed. I went down the rabbit hole, as others do. I felt terribly sorry for myself and it was difficult to pick myself up."

Looking to the future, she added: "This feels completely different to the last pregnancy so I'm more positive about it." 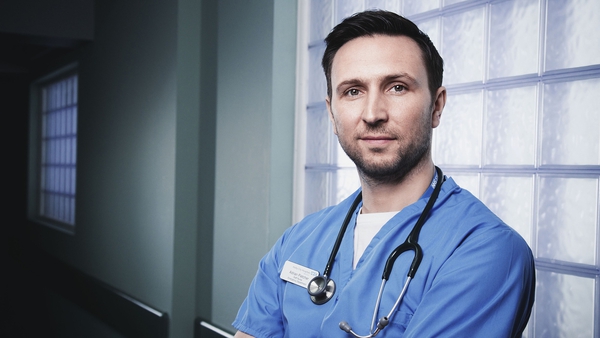