James Buckley, who plays Billy Liar on Steroids, Jay, says he's up for filming a third Inbetweeners movie if the writers come up with another great idea.

Speaking to Metro, he said, "I was proud of the last one and thought, 'We're not going to top that'. Then the guys came to us with this idea of going on a trip and that's absolutely brilliant but I don't think it can get much bigger than Australia.

"It's very much up to the writers. They won't come up with a better idea than this one but if they did, I'd be up for it. As soon as the four of us are together we're just silly imbeciles, basically.

"Like puerile, childish buffoons. We have so much fun making it. It was a bit of a competition to see who could be the worst behaved."

Read our review of The Inbetweeners 2. 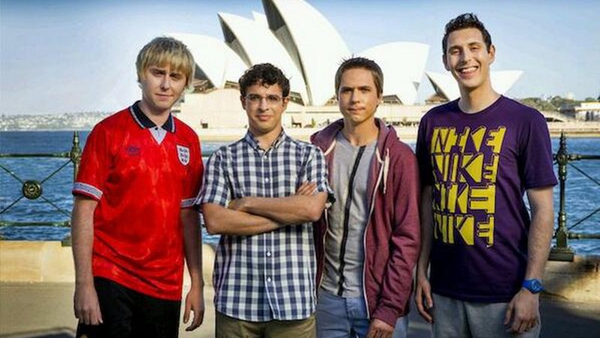