The redoubtable Dublin mammy with a heart of gold and a mouth like a U-bend explodes onto the big screen and everything is cruder, ruder and even more head-shakingly unfunny. D’Movie is a daft old school caper movie but it is also a carnival of bad taste and corniness. In short, it is d’ire.

Brendan O’Carroll’s comedy grotesque is one of the most divisive characters in sitcom history, loved and loathed in unequal measures and soon to be a media studies module in a college near you. It is a throwback to comedy era when Reg Varney was a household name and the once wary nations of Ireland and the UK were united on at least one front - our ability to giggle at the mention of Mrs Slocombe's choice of domestic pet.

Of course, the modern anti-fun PC brigade would call this rampant sexism but as O’Carroll says himself, Mrs Brown is comedy for an audience that has been left behind and sure enough, D’Movie dumps us right back into the bleak comedic winter of Carry On films and the updated vaudevillian smut of 70s and 80s sitcoms. A time when gags about gay men, the elderly, "foreigners", and jokes about fannies and farts was minted comedic coinage - Allo Allo-brow anyone?

O’Carroll is alone in a field which everyone else has long fled, either out of basic good manners or good old-fashioned shame. But in cold commercial terms, 800,000 Irish viewers and eight million UK viewers cannot be wrong, right?

D’Movie does not feck with the formula. In the opening scene, Agnes falls out of bed, and goes about her morning routine while making quips to the camera, just as she does in the TV series. Fourth wall demolished so and meta cuteness delivered but to expand the sitcom format and pad out the bra (and the plot), the matriarch of mirth is faced with a life or debt situation when she is served with a tax bill for €4 million, stretching all the way back to 1802 when her great, great grandmother first set out her stall on Moore Street.

1802 is also when most of the gags in D'Movie date come from (you can see them being telegraphed from a similar distance). Anyway, the race to clear Mrs Brown’s good name is on and we are launched into a caper movie involving an unscrupulous businessman who wants to demolish Moore Street and replace it with a nice gleaming new shopping mall and who uses the strong-arm tactics of Russian Mafia as his stooges.

Throw in a group of blind trainee Ninjas, a barrister with Tourette's, an incompetent solicitor named Tom Crews (chortle!) played by Simon Delaney and a news reporter (played with gusto by Fair City’s Ciara O’Callaghan) named Irma Bike (double chortle!). Shavian or what?

So far, so episode of Scooby Doo only with a lot more jokes about the Chinese, the Russians, and cartoon versions of gay men. Worse than all of this however could be an opening sequence of dreadful musical theatre complete with River-dancing extras that makes a B*witched pop promo look like a Slayer video.

The energy levels are kept high throughout, the gags rat-a-tat hard and fast, just like Agnes’ nerve-jangling laugh but when the movie takes time out from the helter skelter caper, it is to deliver a mawkish speech about what Dublin really means and to crowbar in a badly judged reference to Sophie's Choice.

Lewd and crude (and booed by critics), Mrs Brown’s Boys D’Movie is aimed squarely at fans of broad and blunt comedy. After even two seconds of exposure, detractors will need heavy medication or at the very least, a night in with a Frasier box set and the collected works of Douglas Adams.

And, of course, this is exactly how it should be. Me? I get it - I just don’t get it. Mrs Brown's Boys D'Movie is the least fun I've ever had in a darkened room. 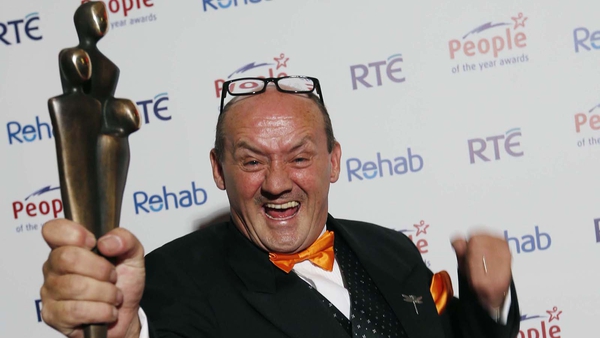 Watch! Brendan O'Carroll lashes out at his critics