Actress Laura Dern has spoken to RTÉ TEN's Harry Guerin about working with Shailene Woodley in the movie adaptation of best-selling novel The Fault In Our Stars which is out this Thursday.

Harry asked Dern what she learned from the young stars on the set of the film, who also include Ansel Elgort and Nat Wolff.

"Interestingly, like the message of John Green, I would say I was reminded by all of them, Ansel, Shay and Nat, about the enthusiasm of living," Dern says. "You know it's really an exciting age. You're getting turned on to everything - music, life, art, film.

"It is easy, once you've done something for years, to be like 'Oh my God we're going to work' and then you're with other people who are like 'Oh my God, we're at work this is amazing, we're in a great movie!' And so it reminds you of the gratitude."

Harry also asked Dern if she thought about playing the role of Hazel Grace at the same age while looking at Woodley's performance:

Click on the video link above to watch the full interview with Laura Dern.

Dern said: "Getting close to her (Woodley) I have been reminded of myself at her age, being a professional, being an actor and hanging out with grown-ups and finding them the most relatable, because she's so adult and wise, but also being a child."

The Fault in Our Stars is in Irish cinemas this Thursday, June 19. 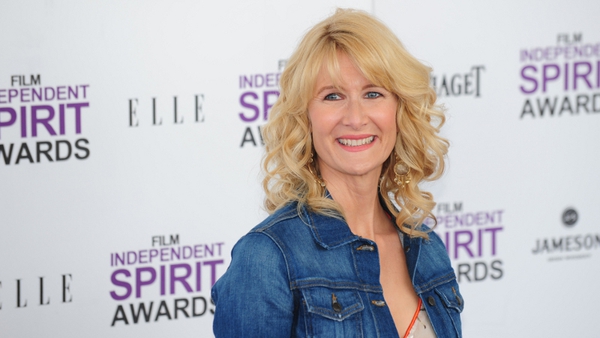