Aslan singer Christy Dignam paid tribute to his wife Kathryn in a moving interview on Friday night's Late Late Show, saying that he could not have come through his health problems without her.

In their first TV interview together, the couple discussed Christy Dignam overcoming heroin addiction and, more recently, myeloma, a cancer of the plasma cells in the bone marrow.

At the end of the interview, Dignam said to host Ryan Tubridy: "You were saying about the support we had... I couldn't have done it without Kathryn. A sickness like that will teach you that the most important thing on this earth is family. If there's one lesson I learned through the sickness it was that."

Dignam, who has the blood disorder Amyloidosis, said that his health is "good now".

"The thing I have is called Amyloidosis and it's incurable – there's no cure for it," he said. "But you can kind of arrest it and try and hold it at bay, which is the way it is at the moment."

Watch the interview at: www.rte.ie/player.

Dignam also used the interview to highlight Kathryn's participation in the Dip in the Nip charity fundraiser for ARC Cancer Support Centre on Sunday June 8. For more, see: www.arccancersupport.ie. 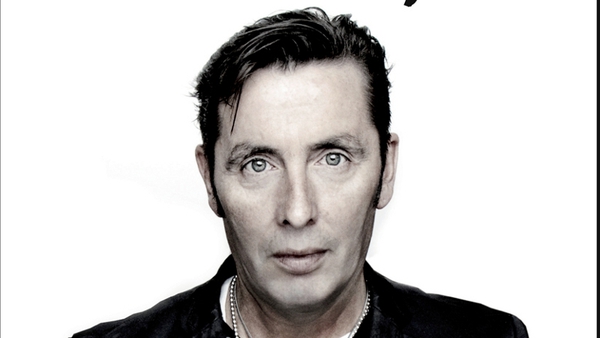