Niall Horan's mum Maura is "excited", "nervous" and "emotional" ahead One Direction's run of concerts in Croke Park this weekend and she confirmed that she will be there for all three shows.

Speaking to Kathryn Thomas on the John Murray Show on RTÉ Radio 1 this morning (May 22), she shared her views on turning Croke Park green and her son's special rider requests of Barry's Tea and Clonakilty Sausages.

"I'm excited, I'm nervous, I'm emotional, I'm a mixture of everything, what a weekend coming up for the family." said Maura, who hasn't seen her son since he was home in Mullingar on Christmas Day:

"I'll definitely see him on stage, I'm guaranteed that anyway!" she said. "This is the big one. I'm sure he'll be proud and emotional coming out on that stage."

She also reacted to the on-going campaign to turn Croke Park green: "I've heard about that, I've seen t-shirts printed 'Turn Croke Park green for Niall' and sure we'll all see tomorrow night how green it'll be. I've no green planned [to wear] but I might wave something green!"

Maura also said that Niall's brother Greg will be at the Croker gigs with his new baby Theo, who is Niall's Godson: "Oh, yes and Greg's wife and Niall's dad and partner, everybody. All Niall's dad's family, all my family. There'll be a great turn-out because it's a very proud weekend for us."

Maura also confirmed the rumours that Niall has put in rider requests for Barry's Tea and Clonakilty. "Well I know about the Clonakilty Sausages and the Barry's Tea, oh God Bless us!"

Speaking about the after-party on Sunday night, she said: "To be honest I've only heard about it because someone said it to me that it was in the paper the other day. I'm sure if there's something going on, I might be there!"

Maura will be at all three One Direction gigs. "This is a very special weekend, in Niall's life, our lives. In fact, I'll be there for all three."

Niall will be returning to the venue where he first auditioned for The X Factor four years ago. "I was there for the auditions and this will be my return visit to Croke Park and what a difference!" Maura said.

Speaking about the Irish fans, she said: "They have great fans everywhere because of course Niall is going to say they have the best fans in Ireland but they do love Ireland, I know that myself and the parents of the other boys love Ireland." 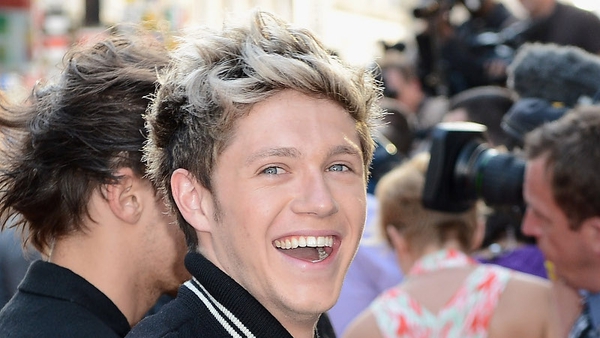 Niall Horan looking forward to 'best weekend of my life'