Emma Stone has revealed that she loves Andrew Garfield "very much" in a rare candid moment.

The actress, who is usually reticent about speaking about her off-screen romance with her Spider-Man co-star, revealed her love during an appearance on Good Morning America yesterday (April 29).

She said: "It's like a dream to work with him. He's obviously one of the greatest actors I think we have alive today, and he's also just a remarkable human being, so I love him very much."

Stone's comments come just a day after Garfield praised his girlfriend on the same ABC show.

He said: "She's a full genius, or she has found her genius and she's doing it so beautifully. 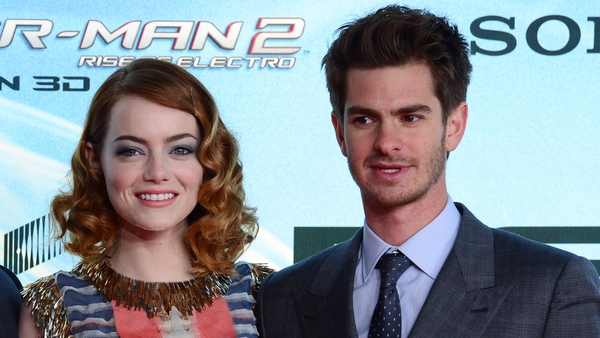 Andrew Garfield is fascinated by fatherhood