Streep collected the award at a gala in New York City's Edison Ballroom, which served as a homecoming for the renowned actress.

According to The Hollywood Reporter, she joked when collecting the honour: “I feel like I’m at the funeral, so I’m really happy! You usually don’t get to be there.”

The August: Osage County star told gathered reporters at the event: “I’m glad to see some old friends and celebrate this wonderful theatre - it’s a home for new playwrights, writers, musicians, it’s a rare sort of conservatory for new talent and ideas."

The actress said in her acceptance speech: “I just think being an artist is the opportunity to learn all your life, just to soak everything up.

"Everybody here tonight, I’m gonna use this stuff in the future! You steal from everybody. Mostly, you steal from the writers, the people who give us whole worlds. They give us their interior world and their imagined one that we already know something about. That’s why the communication is even possible."

She closed her speech by thanking her husband Don Gummer, saying: "And thank you to my husband for those four children that I dreamed of on the beach that day. He came along, thank god. Thank you very much." 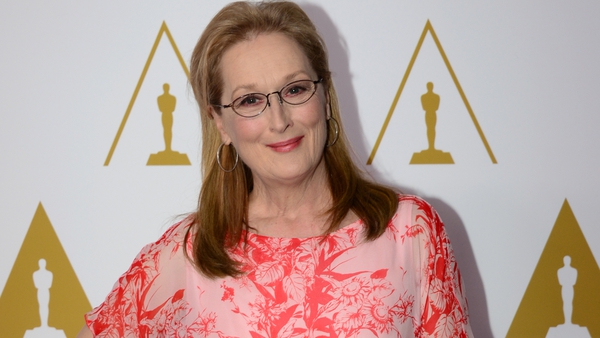