Ricky Gervais has said he couldn't believe his luck at getting to work on the new Muppets movie, Muppets Most Wanted.

"I'm ok at singing, I'm a failed pop star. I always sneak in a song, I wrote songs for [Office character] David Brent, still doing it, wrote a song for David Bowie for Extras, wrote a song for Sesame Street with Elmo. Dancing - a little bit awkward.

"And then I think, 'It's alright, there's going to be a frog on screen dancing. They're not going to care what you're doing with your clumsy little short legs'. So I got away with it."

Muppets Most Wanted is in cinemas now.

Click on the link above to watch RTÉ Ten's interview with The Muppets. 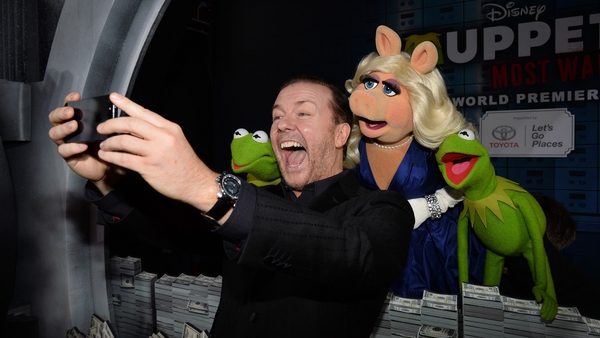