Irish comedy The Stag, which opens in cinemas this Friday, March 7, is to receive its US premiere at next month's Tribeca Film Festival in New York.

The Stag, which is called The Bachelor Weekend for the US market, will screen in the World Narrative Feature Competition section of the festival.

Directed by John Butler, and starring Hugh O'Conor, Andrew Scott, Peter McDonald, Brian Gleeson, Michael Legge, Andrew Bennett and Amy Huberman, The Stag follows a group of friends who head off for a walking weekend in the West of Ireland before the big day.

The film, which was co-written by actor McDonald and director Butler, is described by Tribeca as "a slapstick, good-natured comedy" that "delves into the stereotypical realm of masculinity that is camping and the great outdoors".

Tribeca Films will also release the film in the US.

The Tribeca Film Festival runs from April 17 to 27.

The Stag was screened early for a lucky audience in last night's Odeon Point cinema, which was hosted by Rick O'Shea: "Last night I introduced the Dublin 2fm screening for all the 2fm punters who won tickets on-air and it went down brilliantly. The movie is full of people I love, it has 25 laughs minimum  - people should really go to see it not because it's Irish but because it's really funny."

Speaking about the co-writer and one of the film's leads, O'Shea added: "Peter McDonald has written himself one of the best Irish comedy parts in years." Tune in to hear more from Rick in the Afternoon on 2fm at 2pm to 4.30pm, 90 to 92fm. 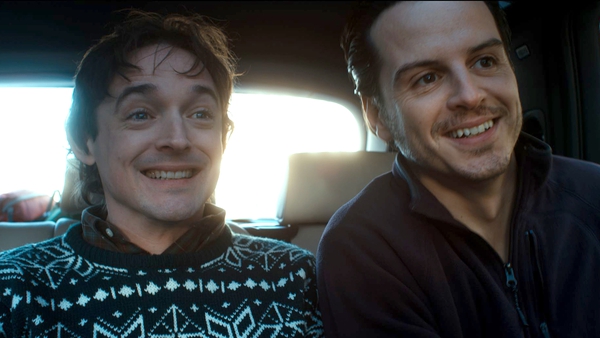