Maia Dunphy is a little worried about her new TV project with her hubby, comedian Johnny Vegas - the All Star Mr & Mrs Quiz.

"It'll be good fun but I'm a bit worried we won't do as well as I'd like because we don't live together full time, " she told The Herald, "because of that, all the little habits and quirks that can annoy other couples may not bother us as much."

She added: "I'm worried Johnny will crack out some embarrassing stuff about me, so I'm trying to make sure I have some mildly humiliating tales about him in my arsenal."

The new series of the show, presented by Phillip Schofield, will also feature a number of other well-known celebrity couples including Brian McFadden and Vogue Williams as well as McFly's Danny Jones and his fiancée Georgia Horsley.

However Dunphy added: "We don't mind who we're up against – preferably a couple on the rocks who know nothing about each other so we'll win!"

The duo have to compete with another couple for €35,000 for their chosen charity.

The presenter has also confirmed that another series of What Women Want has been commissioned and she's hoping to begin work on that soon. 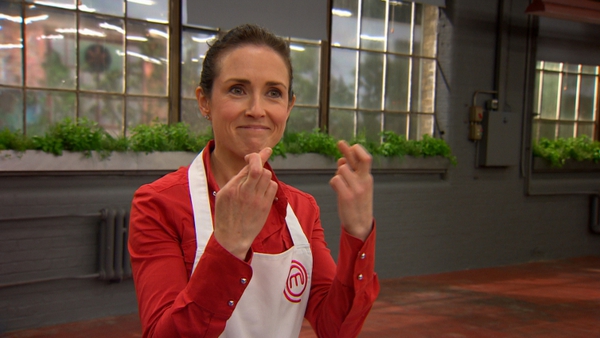 Maia's ballooning around on this week's Masterchef