Actor Liam Neeson has spoken about his ongoing grief following the death of his wife, Natasha Richardson, in a skiing accident five years ago.

The actor was speaking in an interview with CBS’s Anderson Cooper for 60 Minutes which will be broadcast in the US this Sunday.

He said her death doesn’t seem real saying “Anytime I hear that door opening, I still think I'm going to hear her.”

Neeson described to Cooper how he arrived at the hospital in Canada where he was told by the doctors that his wife was brain dead after her accident.

He said “She was on life support... I went in to her and I told her I loved her, said ‘Sweetie, you're not coming back from this, you've banged your head’”

He said “She and I had made a pact, if any of us got into a vegetative state that we'd pull the plug. That was my immediate thought, ‘Okay, these tubes have to go. She's gone.’”

Speaking about the grief he said it was an everyday part of his life “It hits you. It's like a wave. You just get this profound feeling of instability... the Earth isn't stable anymore and then it passes and it becomes more infrequent, but I still get it sometimes.”

He added that his wife is living on in three other people after some of her organs were donated.

The actor can next be screen on the big screen in his new movie, Non Stop. 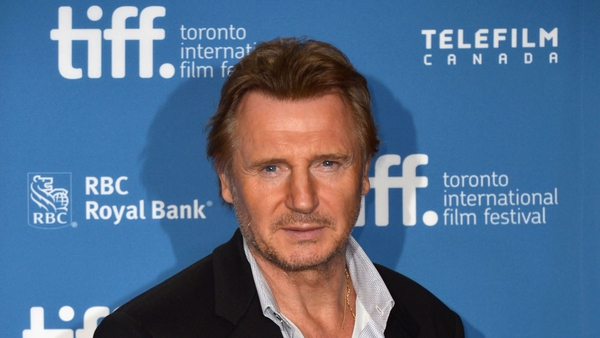