The problem is, it wasn't his ad, but rather that of Fishburne so naturally Jackson was confused and replied: "What Super Bowl commercial?"

When Rubin realised his mistake, he said: "Oh, you know what... my mistake" but Jackson added: "You're as crazy as the people on Twitter. I'm not Laurence Fishburne!"

When Rubin apologised, Jackson added: "We don't all look alike! We may be all Black and famous but we all don't look alike. You're busted.

"You're the entertainment reporter for this station and you don't know the difference between me and Laurence Fishburne" adding: "There must be a very short line for your job."

Trying to get the interview back on track, Rubin said: "Let's talk about RoboCop" but Jackson said: "Oh hell no! Really?"

He added: "I'm the other guy, the other one. 'What's in your wallet?' I'm that guy. There's more than one black guy doing the commercials.

"I'm the 'What's in your wallet?' black guy. He's the car black guy. Morgan Freeman is the other credit card black guy. You only hear his voice so you probably won't confuse him with Laurence Fishburne." 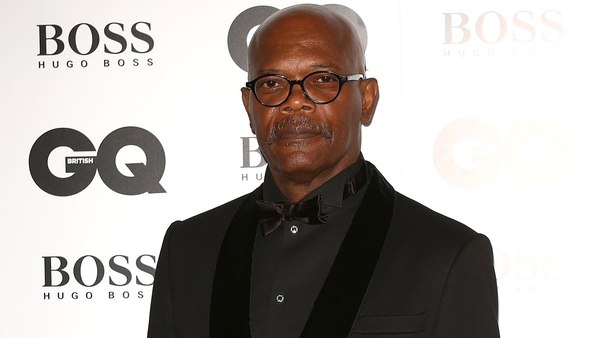