Actress Jennifer Garner was nervous about filming Dallas Buyers Club because she was still nursing her young son Samuel.

The 41-year-old star, who has children Violet, eight, Seraphina, five and 23 month old Samuel with her actor husband Ben Affleck, explained that she was anxious about keeping her castmates waiting for her on set while she fed her son.

Speaking to Radio Times magazine, Garner said: ''I was very nervous - it's hard to leave your baby at home and go to work. And I was a nursing mum, so I was extra emotional about it. By the end, it made me remember how much I like my job and that I have to keep things more in balance."

She continued: ''I've nursed each of my babies and I've worked during that first year of having them. So, if we talk brass tacks here, that means I've had to work with a pump and feed the baby at lunch. I'm versed in how to say, 'In about 10 minutes I'm going to need to disappear', but on this movie we moved so quickly, there was never time."

Garner added: ''So everyone had to sit and wait for me, which made it emotional because I hated making a crew wait, but I couldn't start weaning my baby just because of a movie.''

The 13 Going on 30 star also revealed that her children aren't entirely sure what their parents' careers involve: ''They've always had some kind of sense of it. My daughter turned two while I was doing a play in New York, and if you asked her what I did she'd say, 'She has her hair and make-up done and takes bows on stage'. That's because I'd put her down for a nap during matinees and she'd wake up just in time for curtain call.'' 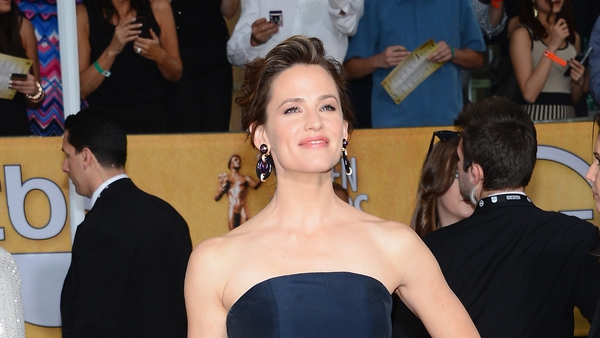