Bill Murray has detailed the prank George Clooney played on Matt Damon while filming The Monuments Men to make Damon think he was gaining weight.

Murray told Entertainment Tonight, "The only one who got victimised was Matt Damon. He [Clooney] got Damon pretty good with his uniform, taking his pants in a quarter inch every week.

"The rest of us just got to enjoy that because we all knew and we'd see him in just firing those abs, really firing them to try and keep those trousers up. You'd go, 'That's great, do you want to do another set?' and you could see him go like, 'Oh my muscles are fatigued, I'm good', that was good."

Clooney himself told Good Morning with Kelly & Michael of a trick he played on his own dad during filming, "My dad plays me in The Monuments Men so I screened it for him and put in, 'In Loving Memory of Nick Clooney' at the end and he said, 'What the hell?' and I said, 'Well, it's a long time until the movie comes out and it's cheaper to take it out than put it in'."

The Monuments Men is set for release on February 14. 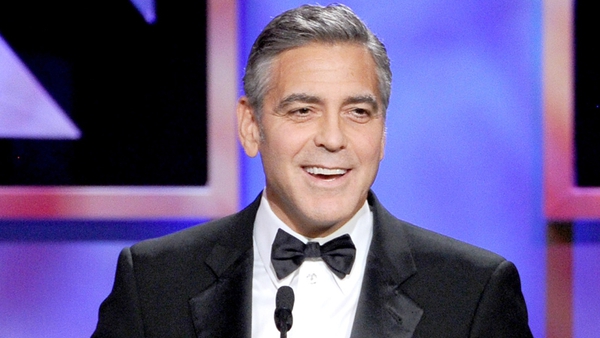