Wrecking Ball singer Miley Cyrus admitted that she only sticks her tongue out on the red carpet because she gets ''nervous'' and feels ''embarrassed'' having so much attention on her.

Speaking about her famous expression, the 21-year-old star said: "Its because don't like getting my picture taken, I kind of get embarrassed.

''You don't see it, on the red carpet the people taking your pictures are yelling at you. and it gets you a little nervous. They're screaming I don't know what to do so I just stick my tongue out because I don't know what else to do.

When asked by talk show host Jay Leno what advice she would give troubled singer Justin Bieber, Cyrus added: ''You've [Bieber] got a lot of money. Pay people to make sure you don't get in trouble, and party at your house.

The former Hannah Montana actress further insisted that some of the criticism she receives is uncalled for, saying: ''You know its funny cos today I was looking, my fans had put all these mugshots up and they were like, 'I don't see a Miley mugshot yet.'

''I get the most flack from anybody but I don't do anything illegal.

'I'm doing a lot of ****, but I'm not doing anything illegal - so that's alright. 'Everything I do is legal in California.'' 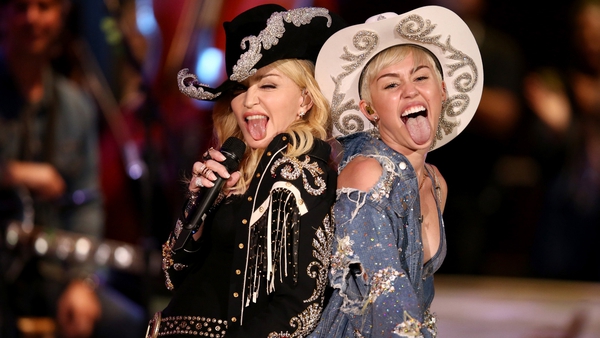