Kevin Costner has said he was impressed by his Jack Ryan: Shadow Recruit co-star Chris Pine as he understood the responsibility of being a leading man.

The 59-year-old star told Denofthegeek.com: "He controls himself really well on set. He knows what he's doing. He understands this kind of 'leading man' responsibility.

"He's 6ft and he's white and there's this certain kind of thing that you have to do.''

He continued: "Sometimes as a leading man what makes you almost boring is that you've got to stand there and take people through the movie. You don't get to do what all the people who play the bad guy or the eccentric get to do.

"It's hard sometimes, because you go, 'Am I doing enough here?' It's not an easy thing, which is why there aren't a lot of guys who can fill those shoes." 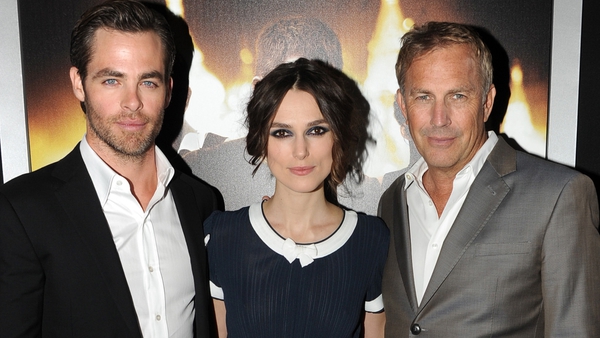 Pine learned a lot from observing Costner on set