An Irish director is looking for a Cork kid with "a thousand yard stare" to play the 11-year-old Roy Keane in a new short film he is planning about the football star's childhood.

Film-maker Dave Tynan is making a 12-minute short about the boy Roy and he’s on the look out for an actor who can play the part.

Speaking on Dublin station Phantom 105 this morning, Tynan said: “It’s important to me that we are going to use Cork kids. To say I played Keane when I was younger, that should be an easy sell to a kid in Cork. We are going to cast down there and shoot down there as much as we can.

“It cracks me up to think of Roy Keane aged 11 going into his local shop with all the seriousness we associate with him now."

Tynan’s film will be called Rockmount after the club Keane joined as a child and the director describes the short as "an imagined childhood of Roy Keane". He hopes to begin shooting in March and to complete in time for the Galway Film Fleadh.

“The film is based around that idea, that he is exactly the same person but a kid. For me there is a bit of humour in that,” Tynan said.

“Keane has fascinated me for ages. He's been around. He's been in the news. I always wondered what [what Keane is like] because he is so single-minded.” 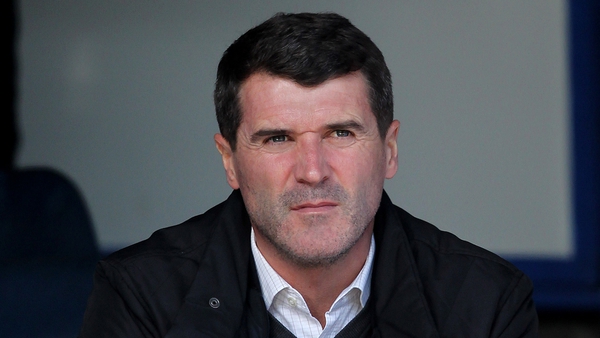 Roy Keane and Roddy Doyle team up for book