Cavan r `n' b terriers The Strypes will release a new EP in February with a second album to follow later in the year.

The band played their debut gig at the Eurosonic Music Festival in The Netherlands at the weekend, along with fellow Irish acts Daithi, Girl Band, Hozier and Kid Karate.

Speaking to 2fm's Dan Hegarty at Eurosonic, The Strypes said they would be releasing the follow-up to their debut Snapshot as soon as possible: "We have May blocked off for getting some ideas down and recording. There will be an EP out before that in February, with the album to follow later in the year ideally."

The Strypes will also play at the Oscar Wildes party on February 27 in Hollywood in the lead-up to the Academy Awards on March 2. The party, organised by the US-Ireland Alliance, has a reputation for introducing new Irish talent and may prove an springboard for the band in the US.

Speaking about this year's Eurosonic, Dan Hegarty said: "It's been an excellent festival . . . with some seriously strong performances from the Irish acts.

"Eurosonic has always been a really eclectic mix of styles, and there's a great mix of sounds from the Irish this year, which has certainly brought them a lot of attention."

Listen to Dan Hegarty on 2fm's The Alternative Monday to Thursday from 10pm to 1am on 2fm and from 10am to 1pm on 2xm. For more information visit his web page. 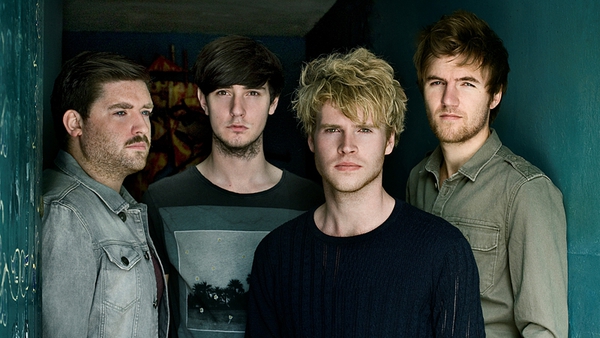 Kodaline gear up for Eurosonic