After two weeks on the coaching panel of The Voice of Ireland, Dolores O'Riordan has said, "it's the most fun I've had in years!" and she's thanked her son for inspiring her to sign up.

Speaking on 2fm's Tubridy Show this morning, the musician and Cranberries lead singer praised her son, Taylor Baxter, for encouraging her to join the TV show.

"It was my son [Taylor], he's 16. He knows I hated touring and that it was taking a bad old hit on the health, physically and mentally, I was finding it way too hard," the mother of three said.

"I'm an artist and I need to work like everybody, we need to be challenged and that we're getting up and doing something with our lives.

"He suggested 'Why don't you try this, you'll be meeting other artists and you'll be working with music but at the same time you won't be in hotel room after hotel room and you're not going to be cut off and running around like a crazy person and the isolation factor is not going to be there.

"If anything you're going to be meeting people like yourself, kindred spirits. I thought I'd try it anyway and it's been brilliant and I still say thanks to him, 'Thanks for that love, giving me that shove out the door'.

"Sometimes your kids give you that shove out the door to do things that you need. Teenagers are good that way, they keep you in the loop."

The Voice of Ireland aris on Sunday nights at 6.30pm on RTÉ One.

Asked her if she was was enjoying the experience, she said: "It's actually great fun, I'm really having a laugh on it. I didn't know initially whether I'd like doing TV and whether I'd be able to work with other people. I've always done my own thing, I've never put myself into that situation but it's the most fun I've had in years."

She added: "I had some chemistry with Kian, he's a good laugh. He loves to bust the ole chops or have his chops busted.

"Bressie's coming around, he's kind of quiet around me a little bit but now he's chilling a bit more."

In response to reports that Bressie and Jamelia initially found her intimidating, O'Riordan said: "Well it's really weird, it's strange because all my life being on camera as a singer, photographers are always 'smile' and I'm like 'Why? I don't want to. It's not my thing.

"I always come across like I'm looking serious but I just don't like smiling. Honestly, obviously I'm different in person."

She added: "I think it's nice for myself in a way to portray my personality for once in my life. Finally people get to see what I'm like." 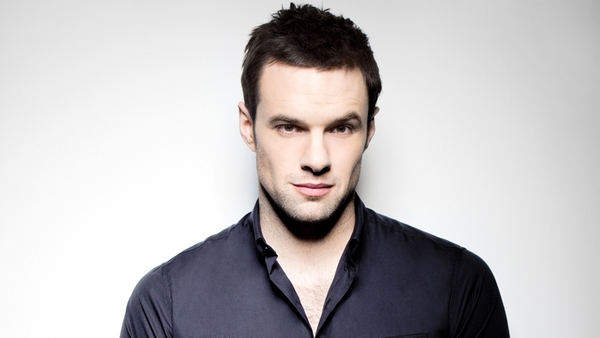 Bressie: 'I thought I was going to die'