Claire Danes has said that she is looking forward to playing another character to take a break from the intense Homeland role of CIA agent Carrie Mathison.

The actress told Interview Magazine: "I would really like to play another character to deviate from Carrie for a second, just because I'm starting to think that acting is this, and while this is one of the most fulfilling expressions of acting that I've found, it's not why I do it.

"It's not it. I think I'd appreciate her even more if I could take a little vacation from her and inhabit somebody else for a while."

The actress, who won two Emmy awards for her role in Homeland added that fans of the TV show may not truly understand the nature of Carrie’s mental illness: “At first, I was concerned that it would just be a gimmick. I still am. I'm always anxious about it because it's fun to see crazy Carrie. She's exciting, you know?

"And this is entertainment - there's no way we could see what goes into just the everyday slog for her of remaining afloat."

Speaking about her son with husband Hugh Dancy, one-year-old Cyrus, she said:“I guess it’s closest to being infatuated with a lover or something. But it’s not that. It’s cellular. So, yeah, that the love for is physical was a big surprise.

“I can’t not look at him if he’s anywhere nearby, because there’s no competition. I can’t read. I can’t watch a show. I can’t do anything but stare at him doing nothing.” 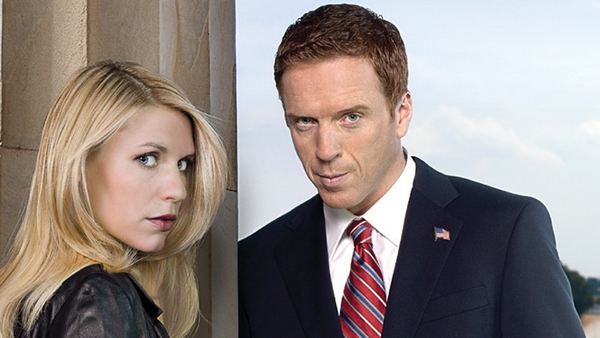 Brody and Carrie to reunite in tonight’s Homeland