Gary Barlow praised his former Take That band-mate and friend, Robbie Williams on The Late Late Show, calling him amazing.

Speaking to Ryan Tubridy on The Late Late Show last night he explained that they are now close friends but remain somewhat competitive with each other with them both having solo albums out currently, "Although we're friends we're still hugely competitive, I want to beat him and he wants to beat me."

He also said, "I've seen the best of Robbie, he's a dad, he has a gorgeous wife, he's great company, he's sober and the Robbie I know is amazing."

Barlow also commented on how great it felt to collaborate with Sir Elton John on his album, "He's the reason I sat on the piano stool in the first place... The idea of doing a duet with him, what a beautiful moment to be back here and get to sing with my hero."

Speaking about his plans to leave his judging role on The X Factor he added, "I've loved it, I really have, it's been a lot of fun, and it's been something different to take me away from album, tour, album, tour. If I can pass one little piece of advice on to someone, then I've helped someone, I matter to someone, I've changed somebody."

Barlow can be seen on The X Factor live semi-final tonight on ITV at 8.30pm mentoring his one remaining act left in the competition, Rough Copy. 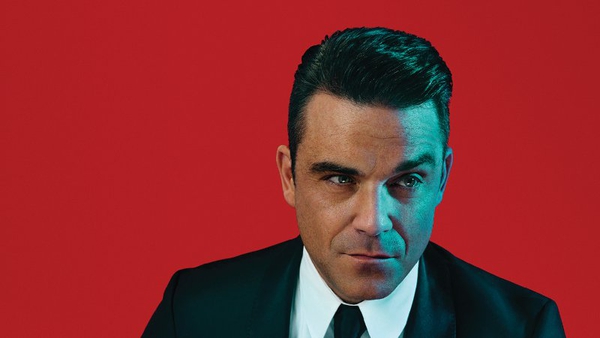