Robbie Williams says he wanted a chart showdown with Gary Barlow to hype the release of their new solo albums but Barlow wasn't so keen.

Williams' new album Swings Both Ways came out yesterday and Barlow's fourth solo release, Since I Saw You Last, is due this Friday.

“Originally, I thought this is ****ing great but Gary said, no it ****ing isn’t!" Robbie told RTÉ Ten. "And I said come on! It will get people in the shops, it will get people talking. Oasis/Blur. It ain’t gonna be that level of course but he said I don’t wanna do that.

“I said that’s such a shame. Gary’s a national treasure, he’s resurrected his career and he’s got a huge audience with X Factor so I said to him there is every chance you will blow me out of the water. I’m just a bit more reckless than Gazz is. He plays his cards close to his chest and he’s a master at what he does."

Elsewhere in the interview with Ten, Robbie talks about his 14-month-old daughter Theodora Rose, Swings Both Ways, and why without Take That he might have become a drug dealer. Read it here. 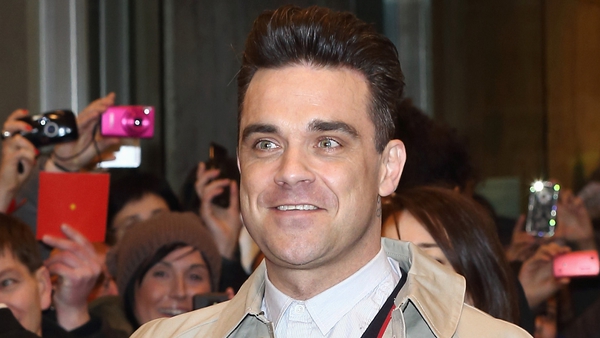